Queen Revisits Their 1981 ‘Under Pressure’ With David Bowie – Watch 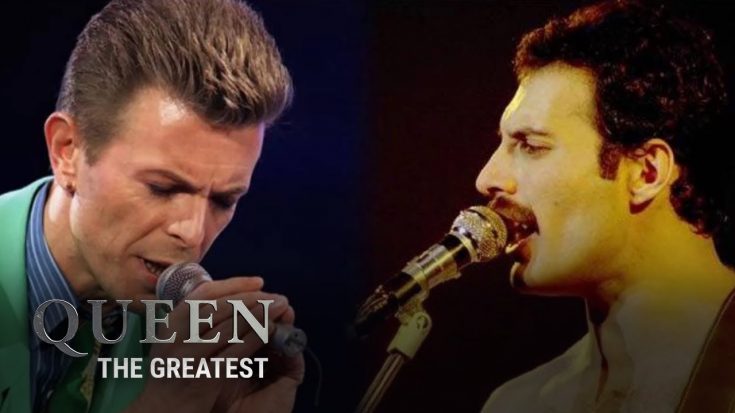 Queen’s latest episode on their 50th-anniversary series “The Greatest” talks about the iconic collaboration between the group and David Bowie.

The partnership was made possible during their jam session that happened in Montreux, Switzerland back in July 1981. Both acts were recording new songs at the same time, and when Bowie received a call from Studio Engineer Dave Richards, everything fell right into place.

Bowie mentioned the spontaneity that happened during the process, writing a new song suddenly, and doing things that they didn’t expect to do in the first place.

Moreover, Queen’s drummer Roger Taylor explained: “Well, I think the process was we were all drunk, and we were just fun playing all sorts of old songs.” Taylor furthered gave credit for John Deacon on creating the iconic riff “ding, ding, ding, de, de, ding, ding.” The newfound interest made all of them be more collaborative, throwing ideas in and out of the process.

The song became the well-known “Under Pressure,” giving both of them the new wave of fame and success both in their hometown and the world.