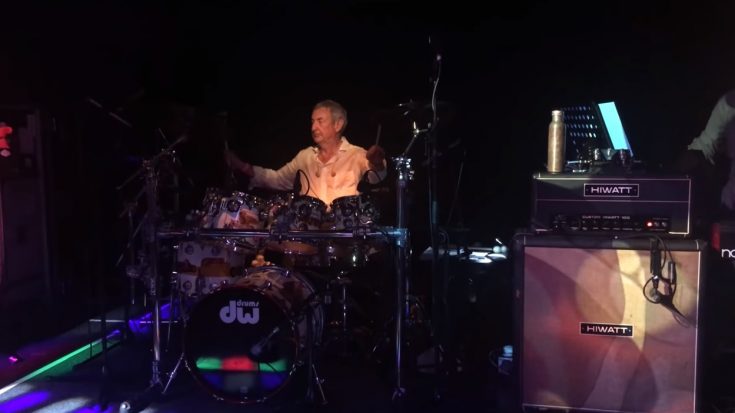 Prog god Nick Mason and his Saucerful of Secrets band have recently announced a string of dates for a UK and Ireland tour in the spring of 2020.

The tour is set to commence at the Dublin Convention Centre on April 29, while it will conclude at the Edinburgh Usher Hall on May 16. Tickets have gone on sale since the 19th of September, by 10 am.

The Pink Floyd drummer and legend launched the Saucerful of Secrets project in 2018, where the band exclusively showcases the early material of Pink Floyd, before The Dark Side Of The Moon was conceived. The lineup is star-studded as well, with Spandau Ballet’s Gary Kemp, Blockheads’ Lee Harris, Guy Pratt, and the composer Dom Beken, which was a collaborator of the late Floyd keyboardist Richard Wright.

In an interview with Billboard last year, Mason exclaimed “I think we found a niche for ourselves, which is to do something that is not being done by everyone else, by the tribute bands or by Roger or David. It’s a real return to some of the improvised sections and the atmosphere of the songs. The tendency in this day and age is to try and recreate things perfectly. We bring imperfection.”

Mason says he decided on the name of the project to give fans a reference on the material they’re playing. “It’s a quick way of explaining to people what we’re doing. What I didn’t want to get caught up in were a lot of people going, ‘Well, why don’t you play “Comfortably Numb”?’ or ‘Why don’t you do something from The Wall?’ I think the name itself indicates where we are and what we’re doing,” Mason shared.