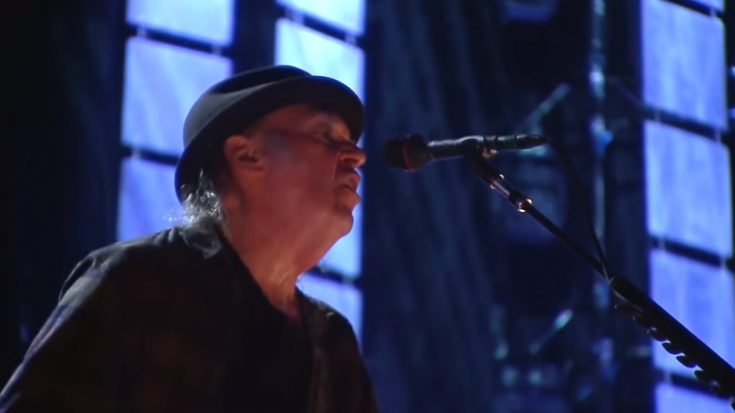 Folk creative Neil Young has just played his 1975 hit, “New Mama” again for the first time in 42 years, in a solo acoustic headline set at the Harvest Moon: A Gathering, which is a charity concert held at Lake Hughes, California on September 14.

Rolling Stone reports that Young was last spotted playing the song way back in August of 1977, in the Tonight’s The Night catalog that featured David Crosby and Graham Nash at the United Farm Workers Benefit at the Santa Cruz Civic Auditorium in Santa Cruz, California.

“New Mama” was among the 15 songs that Young performed at the concert, which aimed to raise funds for the Bridge School and the Painted Turtle, which is a summer camp for severely-ill children. “All these places start off with kids. Kids make it happen and families slowly realize how real it is and they realize they have nowhere to go,” Young said in a message to the crowd before starting the show. “Then they find a place like this and a place like the Bridge School. That’s why it’s so important because it’s all about those little kids and their eyes looking at you.”

Young also performed at Farm Aid 2019, which was held at the Alpine Valley Music Theatre in East Troy, Wisconsin on the 21st of September.