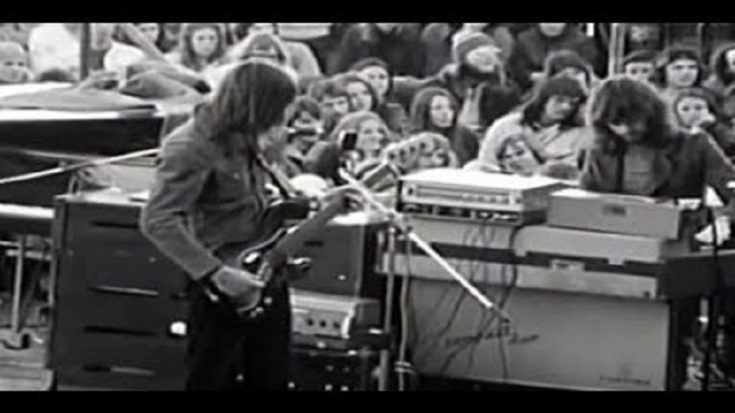 Pink Floyd rose to stardom for their remarkable albums such as Dark Side of the Moon, The Wall, and Wish You Were Here, who accumulated millions of copies sold per album. And now, the British prog-rock band have something to give for their loyal fans all over the world.

To this moment, the group are now streaming their 1972 performance video of their instrumental “Careful With That Axe, Eugene.” The song was first released as a B-side to their stand-alone single, “Point Me To The Sky”.

The performance was filmed during their concert at The Amsterdam Rock Circus located at Amsterdam, the Netherlands on May 12, 1972. They were on the touring stage at this point, to test out their newly-created songs that would eventually become the source for the DSOTM material.

Other popular live versions for the song can be found in Pink Floyd’s 1969 album, “Ummagumma,” and to their 1972 documentary, “Live At Pompeii.”