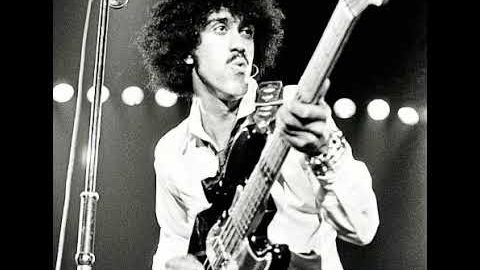 Whether it’s hard rock or traditional Irish blues, Thin Lizzy’s got what it takes to be proficient. Bandleader Phil Lynott, however, is quite underrated in the way he manages to provide the bass lines of their songs, giving them harmonious sensations that blend well with the arrangement. Below, we’ll take a look at these 5 Thin Lizzy songs that prove the point that Lynott deserved more respect as a bass player.

While cementing themselves as a hard rock band, they were mostly rocking in ballad tunes like they were made to do it. Lynott’s bass tones for “I’m Still In Love With You” show his remarkable skills on bass— not just that complicated ones.

If you’re a Phil Lynott fan, chances are, you’ve probably said some mean things to “Romeo and the Lonely Girl” which made Lynott’s bass playing too low to be heard. However, if you try to crank it up a notch and observe, it’s purely rhythmic and distinctive.

Complex lines but not made for confusion, Lynott’s fiery bass tones surely made the song groovy than what anyone could expect. Experimenting on a different rhythm, the musician made sure that his contributions apart from singing could be heard.

Lynott is at his fanciest and most memorable in Vagabonds of the Western World, particularly on the album’s title tune. Lynott maintains the flow and never goes in well over the top.

The bass lines for “Emerald” are superb to be listened to. No wonder a lot of heavy metal bands cite Thin Lizzy as a source of inspiration, seeing them mostly as a hard rock band.