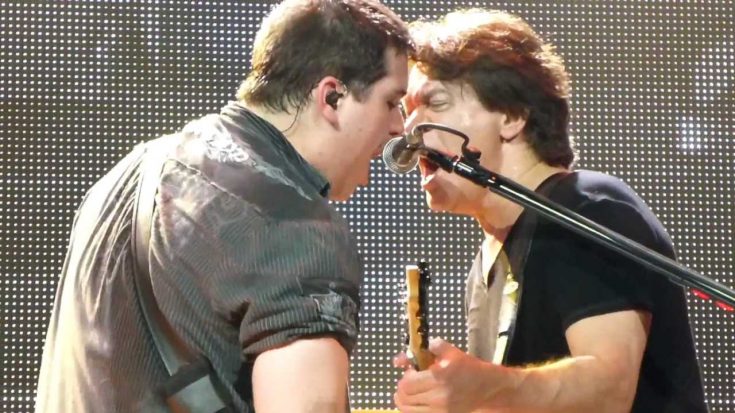 Wolfgang’s name may always be associated with his father Eddie’s name, but, it’s clear that he didn’t just see Van Halen as his father’s rock band, but as a completely different entity that’s worthy to be listened to and appreciated.

The frontman of Mammoth WVH rounds up his list of 11-life changing albums, composed of the gems from The Beatles, blink-182, AC/DC, and many more. On top of that, he’s added two phenomenal Van Halen albums that defined his style and gave an impact on his sound.

Below are the following:

“Fair Warning, the Roth era album is a very special album to me. It was an album where my dad just said, “F*ck it” and did what he wanted,” Wolfgang said. “I think that’s why it’s a cult classic – it was never really a huge album compared to the others.” He added that it’s a fun and sinister album that often get overlooked.

Showing a “different side of playing” from his father, he admired how Eddie learned how to be melodic to create this album. “Socially, it’s [a] phenomenal-sounding album – it sounds incredible. It might be the best-sounding Hagar album, maybe the best-sounding Van Halen.”

Wolfgang concluded that he loved all the Van Halen albums and admired both Roth and Hagar eras that captured the different styles and panache of the band.