Hated Rock Albums That Are Better Than You Remember 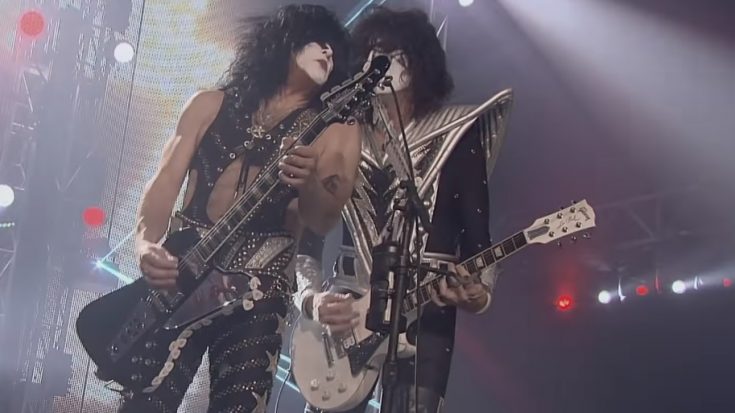 A lot of burgeoning ideas aren’t appreciated in their time, and rock albums are of no exception to that. Dozens of underrated records, buried deep, since the people before weren’t too keen on listening to something so strange yet so electrifying. But once the dust settles, you’d realize that the album you’d swore not to listen to again has had quite the potential to become one of the greatest albums you’d ever encounter into your life. What are those albums, you ask? Take a look at them below.

KISS’s first try on conceptualized, power-pop album wasn’t given much priority from fans, most especially with the fact that they’ve lost Peter Criss at this point. However, Ace Frehley’s take of songwriting is astonishing here.

X was Def Leppard embracing more of pop-rock shenanigans that many fans didn’t like. But when push comes to shove, one could admit that Def Leppard’s take on pop is much finer than what anyone could expect from a British heavy metal band.

Highly anticipated Chines Democracy from GNR disappointed many fans. But one may take another look on the songs from the album and you’d notice that some of them are extremely good (e.g., “This I Love,” “Shakler’s Revenge”).

Nostradamus disappointed some fans, yes, but others seem to think that this concept album, at some point, shine all throughout. Those songs may bore your short attention spans out, but commit to it, and you’d see that Judas Priest still retained their strength on performing like they were back then.

Unlike the previous Iron Maiden albums in the 80s, Th X Factor wasn’t as welcomed by their fans. Maiden tried to do progressive here and their songwriting is superb; it deserves more praise than what’s given.

A bunch of 90s Metallica albums were disregarded by many fans, who thought that the band going mainstream wasn’t something that they’d plan on agreeing. But the experimental Reload album stands confident than the rest of them, giving the listeners some gems such as “Fuel,” or “Where the Wild Things Are.”

Vapor Trails was discarded by many due to its loudness, and it seems to it that Neil Peart’s way of drumming was to also fight the inner demons that’s been bothering him since he lost his daughter and wife. However, fans noticed the beauty of the remastered album which captured the essence of the songs more freely than the original mix.