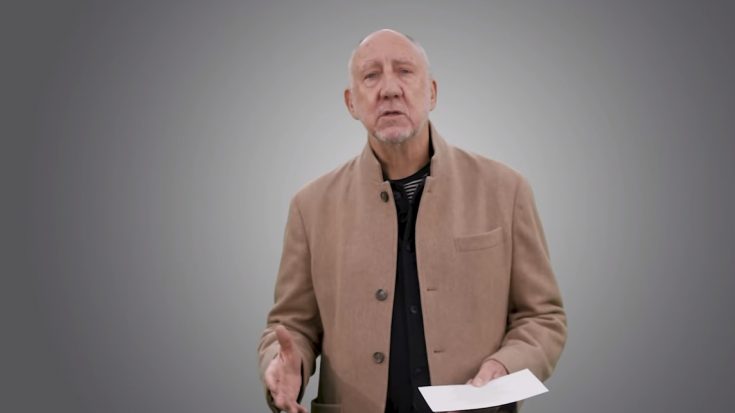 In light of the recent controversial comments Pete Townshend made about his late bandmates John Entwistle and Keith Moon, he tried to clarify his side after outrage from fans were apparent. In a Rolling Stone interview, Townshend had said, “Thank God they’re gone,” and added that the two were “fucking difficult to play with,” putting a disclaimer that avid Who fans wouldn’t be too happy with it.

On a Facebook post, Townshend addressed it with a message to himself and fans. “Pete! For fuck’s sake put a lid on it! No one can ever know how much I miss Keith and John, as people, as friends and as musicians. The alchemy we used to share in the studio is missing from the new album, and it always feels wrong to try to summon it up without them, but I suppose we will always be tempted to try. To this day I am angry at Keith and John for dying. Sometimes it shows. It’s selfish, but it’s how I feel,” the post said.

My interview with Rolling Stone. Headline: 'Pete Townshend says “thanks God” Moon, John Entwistle are dead; they were…

Townshend considered the band after the two departed as separate versions, saying that things were never the same. “I do thank God for this, but I was being ironic in my own English way by suggesting it is something I am glad about. I can be grateful to be free as a player and writer, but sad about losing old friends. It does feel ironic, and it also makes me angry. Towards the end of my mother Betty’s life, she drove me barmy, and there was a huge sense of relief when she finally passed, but I miss her very much. Love has so many facets,” he continued.

He understood the reaction that sparked from the fans, and was disappointed that the statements were taken out of context to be a bait headline. “The upside with Keith and John was that on tour and in the studio, we had so much fun,” Townshend said. “Playing with them was hard, but both Roger and I spent a lot of time doubled up in joy and laughter, even though we could have benefited from a quieter life sometimes. It was a riot.”

“I forgive myself. I hope they can forgive me too. I loved their dads and still do,” Townshend said as he apologized to the family of both musicians. “It’s really poignantly painful to imagine how things would have turned out had John and Keith had also been allowed to become older, kinder and wiser. The Who might have grown musically, or possibly just gone around in circles, but I assure you we would have deepened our love for each other as human beings and colleagues,” he concluded.