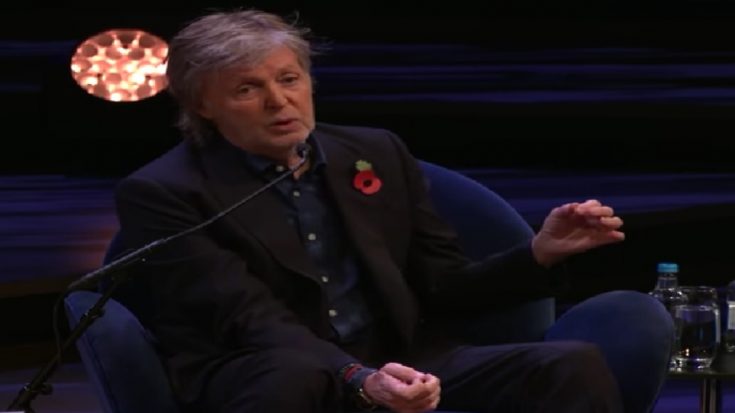 Inside the 50+ years of career from the one and only Paul McCartney, it’s hard not to label him a legend on songwriting. After all, he is the other half of the Beatle songwriting partnership of Lennon-McCartney, creating songs that are fit to last for eternity.

Even after the terrible split from the biggest band in the world, Macca never stopped making hits. Post-Beatles, he has a perfectly sturdy career both as a solo artist and as a fellow member of his created band, Wings. In that sense, as someone who knows any McCartney song more than life itself, it’s quite difficult to pinpoint which song is easily considered the best.

Inside an interview of Paul McCartney from The Howard Stern Show, Stern admitted how he loved Paul McCartney’s book called The Lyrics, in which one of the confessions that Macca talked about inside was how “I Saw Her Standing There” was one of the “best songs he’s ever written,” a trivia that surprised Stern.

“I Saw Her Standing There” was one of the Beatles’ classic hits in their formative years. In the US version of the single, it is the B-Side of “I Want to Hold Your Hand,” coming from their album, Please Please Me. The lyrics were supposed to have a “never been a beauty queen” line, just after the opening one, but John Lennon expressed his disappointment on such, thus prompting Paul to rewrite it to “you know what I mean.”

A hilarious moment also unfolded when Paul McCartney was getting a star on the Hollywood Walk of Fame years later, and Neil Young was watching. The two got to talk, and Macca shared the funny story about the beauty queen line, which Young used when he performed the song later that night. “He’s the only one to ever used that line,” the musician said.