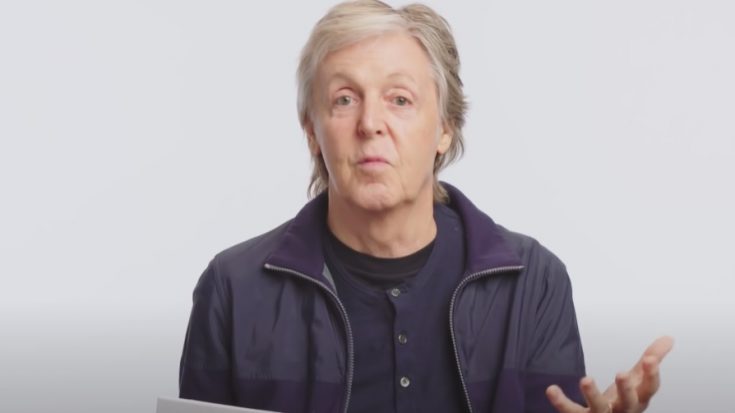 You might know Paul McCartney as someone who is always busy and would rather do something productive than sit and watch TV all day. It’s true, but just like the rest of us, he also knows how to relax and veg out if he doesn’t feel like doing something.

While he can hardly call watching TV his favorite pastime, he does have some picks that he gladly shared in a 2020 interview with The Mirror. Mentioning Homes Under the Hammer, he explained: “What happens is I go to the gym most mornings and there’s always a TV program on and Homes Under The Hammer is normally what’s on at the time I go, so I watch that.”

This BBC morning show caught the former Beatle’s attention while doing something productive, a typical move that we can observe from him. Apart from that, he also mentioned American Pickers which, to him, is fun to watch; two guys traveling and finding antique shops and getting unique items for a bargain.

Storage Hunters is also part of his list, saying: “There’s an American version that’s quite funny and an English version, there are great characters on it and it is interesting to see whether they’ve found something good in the bin or whether it’s a complete washout.”

Also, a massive fan of comedy, Have I Got News For You, Would I Lie To You?, and Live From The Apollo are some of his favorites as well.