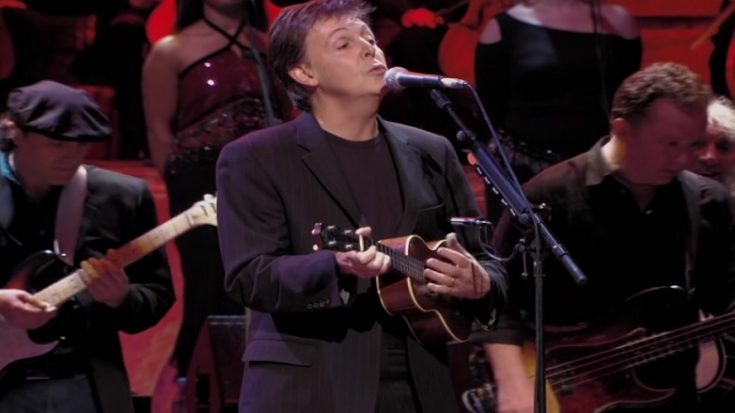 A year after the death of George Harrison back in 2001, his closest friends and colleagues all decided to pay tribute in celebration to his once fruitful life and his vast contribution to music. And on 2003, the film entitled The Concert for George presented the events on what happened back inside London’s Royal Albert Hall.

Among the performers at the show were his former bandmates Paul McCartney and Ringo Starr, with Eric Clapton, Jeff Lynne, Billy Preston, Tom Petty, etc.

At one time during the performance, Paul McCartney pulled out a ukulele, an instrument that George adored the most, and played the Harrison-penned “Something”, from the Beatles’ Abbey Road album. With McCartney’s sweet delivery and his joyful strumming to the instrument, it was a wonderful rendition coming from his fellow Beatle.

On the middle part right at the 1:38 mark, the arrangement of the song fitted to the original version of Harrison’s. Eric Clapton assumed the lead vocals thereafter, with Paul McCartney playing an acoustic guitar, and Ringo Starr could be seen playing the drums. It was a magical moment close to the Beatles’ reunion you could ever watch.