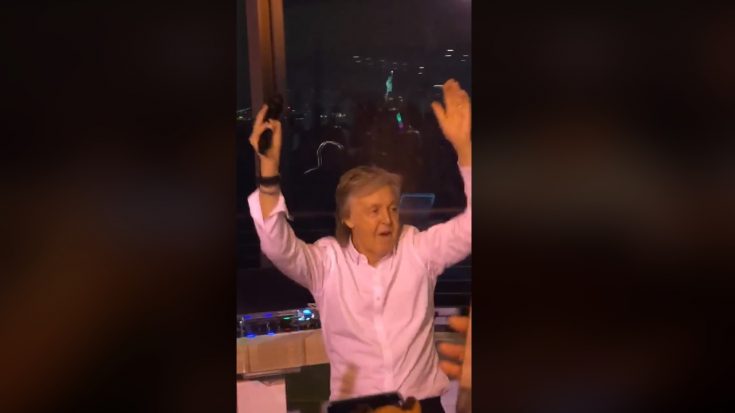 Sir Paul McCartney has been the life of the party for most of the Beatles’ career, and even during his solo stints. Now that the septuagenarian is more than free to take up commitments left and right, he doesn’t want his appearances and gigs to be boring. McCartney has been quite the frequent visitor of interviews for late-night shows due to his charming personality.

Stirring up the excitement of longtime fans and youngsters alike, McCartney often talks about his heyday with the band, citing funny stories, while also looking back at his relationships with his band members, especially the late John Lennon, who was known to have been in a scuffle with the singer-songwriter. It certainly is a sight to behold that the pop culture legend still serves steaming content at this very day and age, allowing classic rock fans to relive the good old days.

In line with reminiscing, here is Paul McCartney jamming out with the crowd while he performs their hit single, “I Saw Her Standing There”.