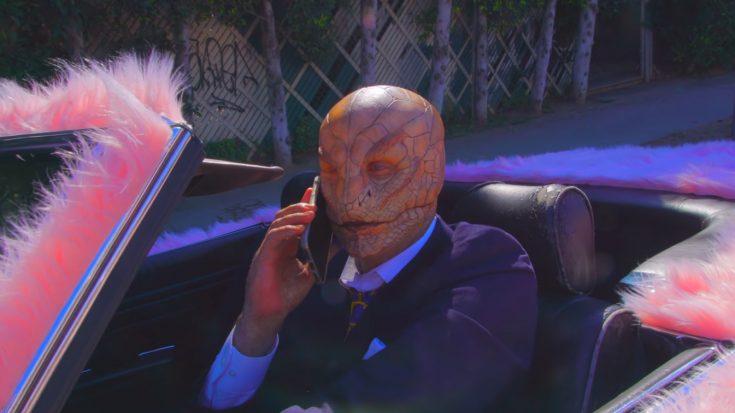 Punk godfather Iggy Pop has just released his new music video for the song, “Sonali”. Teaming up with Canadian indie rocker Mac DeMarco, the two dished out a rather peculiar music video theme, which incorporates DeMarco’s lizard man character in the video. The posh aesthetic has the Lizard Man meeting up with his girlfriend, who is played by Tommy Midnight and Kiera McNally, respectively.

In a recent interview with NME, Iggy Pop said, “When you’re a bit of an outsider, you can work with someone who’s more ‘inside’ but you have to gauge the time and commitment carefully and make sure you don’t fall into orbit. Because these people always have a lot of people stuck in orbit around them … Part of the thing about punk is that everybody knew right from the get-go that against the machine, it was hopeless. There has to be a sense of hopelessness about it, which is a terrible thing and I don’t want to sit here and advocate hopelessness but … there’s gotta be some of that.”