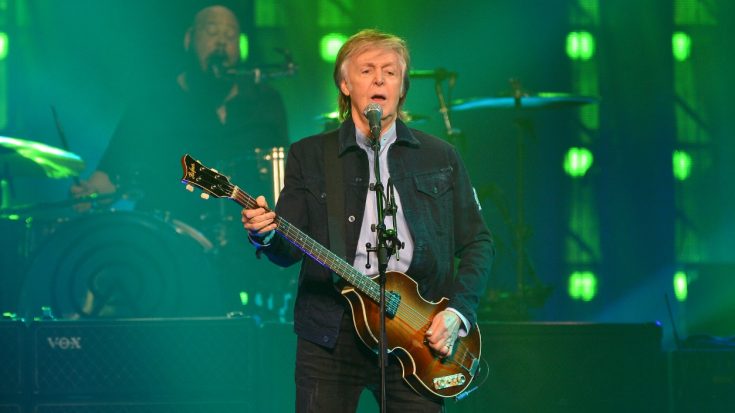 Well, I think it’s safe to say that 2019 is off to an amazing start, and it’s literally only a couple of days old. Why is that? Simply because we were just treated to a fantastic new song by one of our all time favorites Paul McCartney.

The rock legend tweeted early on New Year’s Day wishing everyone the best.

I hope everyone has a really brilliant New Year, with all the fab things they’ve hoped for coming true. And I hope things work out on all the political fronts – that we get more peace than ever, people look after each other and we have a good time! #HappyNewYear pic.twitter.com/xSMONa5LnT

But just one day before that, in fact, just a few hours before that most likely, Paul helped us all kick off the new year with a bang and he did so by releasing a brand new song that even I haven’t stopped listening to, and you won’t be able to stop listening either.

This song is not a part of Paul’s latest album ‘Egypt Station’ which was released earlier this year. But we’re okay with that not only because you’ll hear that the song was clearly worth the wait, but because it tells us that he is ALREADY back in the studio working on some new material!

The song is called “Get Enough”, which is absolutely THE most perfect title ever because we literally can’t get enough of this amazing song.

Listen below and be sure to let us know what you think, and happy 2019 to you all!