Paul McCartney, Eric Clapton, And Others Perform “Let It Be” 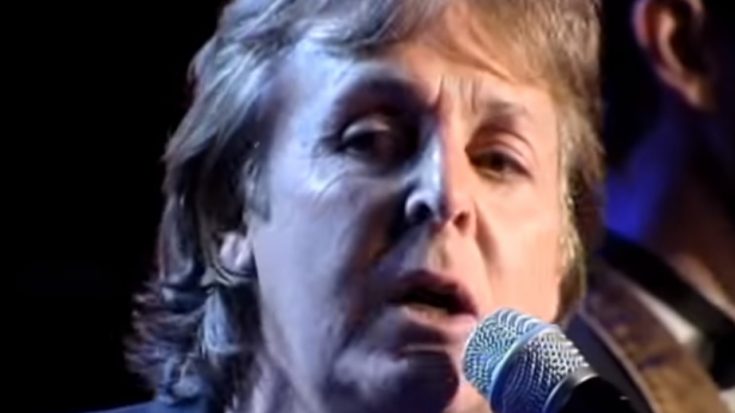 Paul McCartney and others at the Rock Hall of Fame, 1999 - Rock & Roll Hall of Fame / Youtube

“Let It Be” is definitely a universal song, one that touches deep into the souls of people and connects with listeners to a spiritual level. Whether it’s the gospel arrangement or the hopeful lyrics, “Let It Be” has become a classic rock staple and anthem of the broken around the world.

Coming from the Beatles album of the same name, the iconic track hailed from Paul McCartney’s dream of his mother after being plagued by the problematic studio sessions of the White Album’s making. “It was great to visit with her again. I felt very blessed to have that dream. So that got me writing ‘Let It Be’,” McCartney said.

During 1999’s Rock & Roll Hall of Fame Inductions, the song was performed by a star-studded lineup. Billy Joel, Eric Clapton, Bono, Bruce Springsteen, Robbie Robertson, and Bonnie Raitt, among others. Of course, the vocal work was done by Paul McCartney himself. Watch the nostalgic tribute by clicking on the video below!