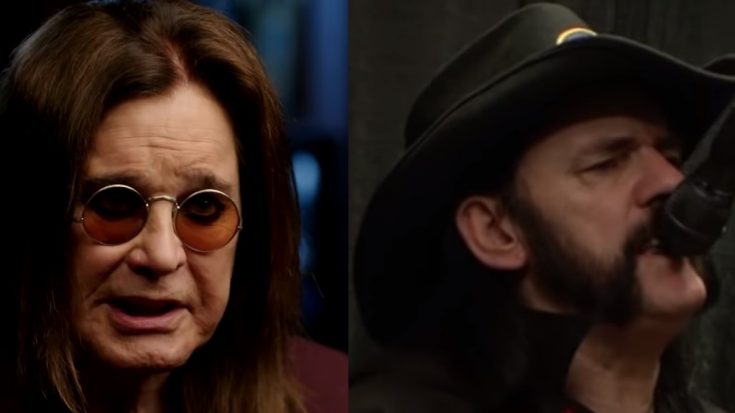 The Prince of Darkness recalls the time where he canceled a line of shows with Motorhead in the early ’80s because he and Lemmy Kilmister spent the whole week using cocaine together. This happened during a brief respite from Ozzy’s first solo road trip, as he has just been fired from Black Sabbath then.

In an interview with NME, Ozzy shared, “We had a few days off so I went round to Sharon’s father’s house, and Lemmy came with us. Eventually it was time to go back on tour, but I’d been doing coke all fucking week. I come out into the yard and Lemmy comes out and his face is fucking whiter than a ghost. He looks at me and he goes, ‘Fuck me, man, I hope I don’t look as bad as you.’ If Lemmy Kilmister says that to you, you must be fucking bad. I just went, ‘Cancel the gigs.’”

Ozzy also said that Kilmister’s passing in 2016 hurt him deeply, saying, “It fucked me up bad. He was a good man. To look at Lemmy, you’d think he had about two brain cells, but he was very knowledgeable. I wish you could have seen his apartment – fucking hell! It was like the Imperial War Museum. I used to buy Nazi daggers for him when I was on the road and bring them back for him. He must have had 10,000 fucking German daggers.”

He recalled Kilmister’s last shows with the band, along with his final months. “I couldn’t believe how thin he was. He was a fucking bag of bones. I could see he was very ill, but he kept it to himself. I phoned him on the day he died,” Ozzy said. “Sharon and I were gonna go down to his apartment and see him. I phoned up his apartment, and I don’t know who the fuck it was answered it, but I wanted them to say it was okay to come down. On the third or fourth phone call, they said, ‘He’s gone.’”