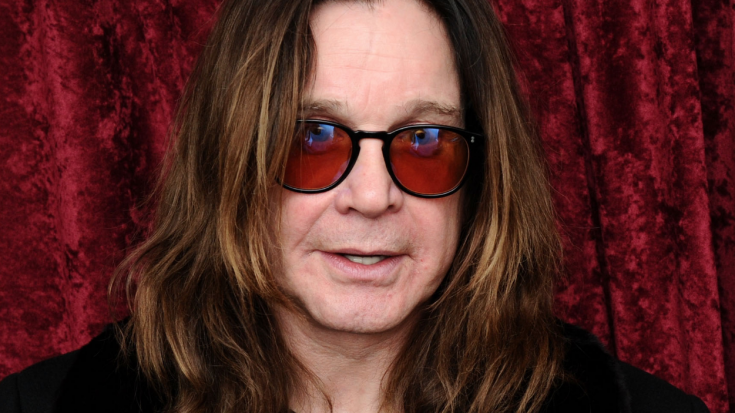 The UK leg of Ozzy Osbourne’s No More Tours 2 farewell run is off to a bumpy start.

Osbourne, 70, has been forced to cancel the first four dates of the tour’s long awaited UK leg, citing a bout of the flu. The news was first announced via the website of a Dublin concert promoter and read:

Not long after, support act Judas Priest issued a similar announcement, apologizing to fans who purchased tickets for the tour’s first four dates and promised that rescheduled dates would come at a later date.

“It is with great regret we have to announce that the first four UK shows on the Ozzy Osbourne/Judas Priest tour have been postponed due to Ozzy having a very bad case of the flu – therefore Dublin, Nottingham, Manchester and Newcastle will be rescheduled at a later date – details to follow once finalized – we are very sorry that this has happened and to disappoint so many fans – we wish Ozzy well and look forward to the Glasgow, Birmingham and London shows together – and to the rescheduled ones in the future.

From the looks of it, the flu’s got Ozzy in pretty bad shape. He shared a photo to Twitter a few days ago of himself with a burst blood vessel in his eye – the result of coughing too hard.

Coughed so hard I burst a blood vessel in my eye pic.twitter.com/EPuDnN8Mpa

Ouch! Here’s hoping that Ozzy gets to feeling better soon – the flu is no joke, and when you’re Ozzy’s age it can be even more dangerous. This isn’t the first time in recent months that Ozzy’s been sidelined by illness; late last year a staph infection forced the cancellation of several North American dates on the tour as Ozzy underwent surgery to remove the infection from his hand.

Sat Oct 6 show at @ShorelineAmphitheatre in Mountain View, CA has being postponed due to illness. The Rock and Roll Hall of Fame inductee and Grammy®-winning singer and songwriter is being treated for an infection, which required surgery on his hand this morning (Saturday, October 6). OSBOURNE will spend a couple of days at Cedars-Sinai in Los Angeles where he’ll remain under doctor’s care as they monitor the infection. The show is part of OZZY’s North American “NO MORE TOURS 2,” produced by @LiveNation, and is expected to resume on Tues, October 9 at @MattressFirmAmp in Chula Vista before this leg of the tour wraps with shows at the @HollywoodBowl (October 11) in Los Angeles and Las Vegas (October 13) at the @MGMGrand Garden Arena. @StoneSour will perform on these three shows. The Oct 6 show has been rescheduled for Tuesday, Oct 16 (support act for the new date is TBA). Ticketholders for the October 6 show should hold on to their tickets, as they will be honored at the rescheduled date on October 16. Refunds are also available at point of purchase.