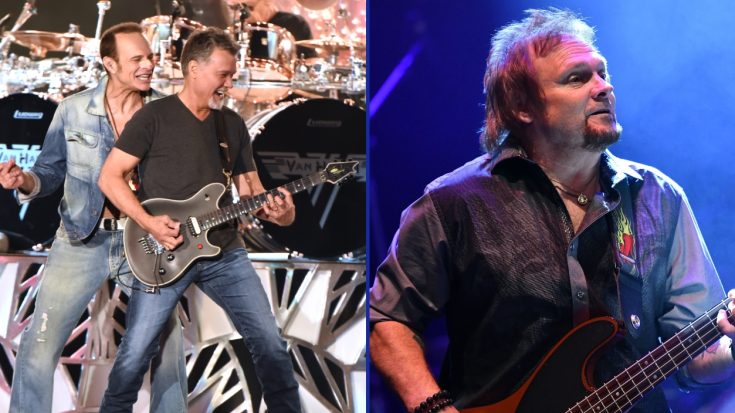 Here’s What We Know…

Rumors for a long awaited Van Halen reunion with the original lineup have been spreading like a wildfire and they’ve honestly become pretty hard to escape. Rock journalists from all necks of the woods have been frantically trying to get band members to comment on this.

During an interview with Golf Magazine, guitarist Eddie Van Halen was asked to comment on these rumors and all he said was, “I gotta go. There’s a coyote in my backyard. Big fucker.” And when someone caught up with former bassist Michael Anthony at NAMM 2019 and asked him about the same thing. He said, “I’m a ‘never say never’ guy. At this point… I don’t know what kind of rumors are floating around or whatever, but I personally haven’t been contacted by them yet or anything. So, at this point, nothing is happening. But you never know.”

A lot of non-answers and denials it seems, which, whether the rumors are true or not, are to be expected from the key-participants. However, these rumors have just taken a HUGE turn, and for the better.

Renowned rock journalist and radio personality Eddie Trunk, one of the most credible sources in all of hard rock and heavy metal, was in the middle of a broadcast when he received a text message from someone within the Van Halen circle confirming what we’ve all been speculating. Here is what he said during his SiriusXM show…

“While we were in that last commercial break I got a text message from somebody that will remain nameless, who is on very good authority said: that he heard from Van Halen’s manager. As of New Year’s Eve, that Michael back to Van Halen and Van Halen touring this year is true. However, with the caveat that you are dealing with the Van Halen brothers, who on any given day can flip flop and change.”

This to me is pretty concrete that the original lineup is getting back together. Many bands have been known to purposely leak insider info to get the buzz going so that more eyes are on them when things actually happen as foretold. I think that Van Halen is no different in this situation.

Nevertheless, it seems like it’s time to get excited. We’ve been waiting for years to see the original lineup reunite and it looks like it’s finally gonna happen, so get ready!