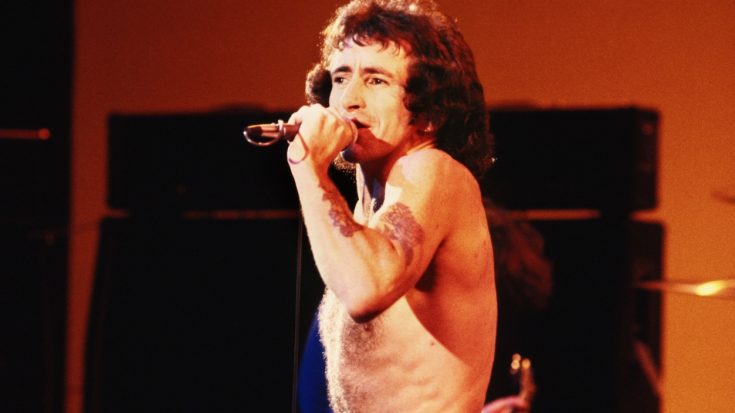 Bon Scott Peaks For You

Even after all of these years, it’s still super interesting to find remnants of his past and life as a singer. If he could still speak, just imagine the stories he could tell. However, someone came across something like that. A letter. But I should warn you, it’s heartbreaking beyond belief.

Rolling Stone just published a finding of said letter that Scott wrote when he and AC/DC made a stop in Pittsburgh, Pennsylvania in which he went into detail about the struggles of the rigorous tour schedule and maintaining good finances when on the road. The letter was made out to his girlfriend Valerie.

“I’ve just come over from the west coast where I spent a couple of days in L.A. doing Midnight Special. I went to see Doug’s new band the other night playing a place called La Cantino El Paso which is down Long Beach & boy he had me in stitches. He’s playing really well & singing like a bird. Don’t know if he told you but I rang him a few weeks ago to see if he would fill in for Phillip for a while as Phil had a bit of a nervous breakdown & had to spend a lot of time with a shrink. It was really bad but luckily he got over it quickly enough not to upset the band. We had to treat him with kid gloves for a bit but he’s ok now.”

“But being crazy is about the only way to keep my sanity if you know what I mean. We’ve worked so much since I saw you last that it’s all one hell of a blur. Must have been across the country & up & down it a million times & I’m beggining to feel & look just a little haggard. I’d love to check myself in to a sanitarium for a month but after this tour it’s straight to Europe & England for a month & then back here for the winter-end of the year so the next time you see me it might be in a geriatric ward. My hair looks like a busby but I’m just going to let it go on growing & be a hippy again for a while.”

It’s no secret that Scott’s time on the road and in the band wasn’t completely glamorous. As many musicians will tell you, once you become a successful touring musician, you will end up having to sacrifice a lot for your fame and fortune. Scott was no different.

Nevertheless, we shouldn’t feel sad when thinking about Scott even after reading this letter. I can definitely speak for us when I say that remembering Scott by the timeless music he performed on brings us an unfathomable amount of joy and it always will.