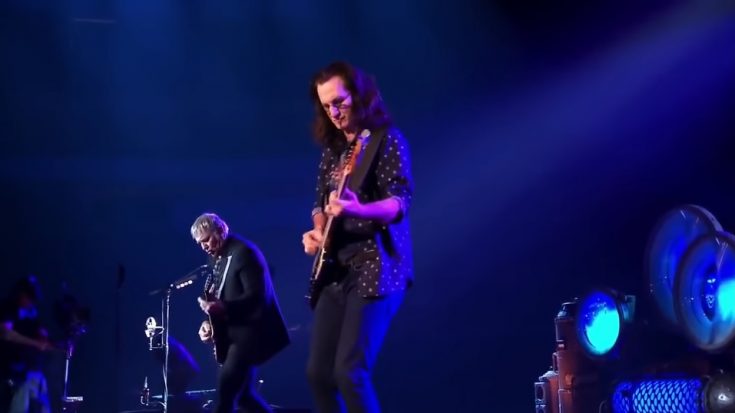 While Rush was (and is still) one of the biggest and most successful prog rock acts of history, things weren’t always that way for them. By the second half of the 1970’s, the band wasn’t really at its best form, after their third studio album, Caress Of Steel performed underwhelmingly, crippling the band’s financial status and commercial image. However, they bounced back hard in 1976 when they released 2112, a sci-fi themed album that outperformed all their previous releases by a significant margin. Here are some of the best tracks on the hard-hitting bounce back catalog from Rush.

The title track is definitely the centerpiece of the album, stretching to 20 minutes in length and divided into seven sections. It is kicked off with the first section, “Overture”, with the band starting of with an impressive jam woven with futuristic sound effects. Heavily doused in delay elements, the first two sections are like gospel segments turned into hard-rock arrangements. Geddy Lee features his talent of doing different voices as the track progresses, playing the different characters of the plot. The lyrics were more poetic than some of the material of its time, with Neil Peart tapping into the faculties of philosopher Ayn Rand’s Anthem. Its space age theme tells the story of a multi-planet society geared for progressiveness, throwing away the need for ancient ways, like the electric guitar that was found by the protagonist of the story. This outlandish format had its own charm that did pretty well with the masses, considering this was the band’s last chance at romance, with failure looming at the horizon after being demanded a more “commercialized” album.

“A Passage To Bangkok”

One of the main attractions of the album’s second side, “A Passage To Bangkok” is one of the more standard, radio-friendly rock compositions included. Starting off with a slightly altered Oriental riff, the song goes on about traveling from place to place like Colombia, Thailand, and Mexico, among others. While it might seem like a trippy inter-portal travel story, Lifeson explains that it actually alludes to drug tourism. He said, “This piece is about a fun little journey to all the good places you could go to have a puff. We thought it would be kind of fun to write a song about that, and Neil did it in a very eloquent way, I think. That song was probably written in a farmhouse, on an acoustic guitar, in front of a little cassette player of some sort. We would record like that and then go down in the basement and rehearse it.” Led Zeppelin’s Kashmir also gave inspiration for the creation of the track.

One of the more sublime tracks of the album, “The Twilight Zone” was taken from the TV show of the same name, specifically the episodes Will The Real Martian Please Stand Up, and Stopover In A Quiet Town. The poignant interlinking melodies of Lifeson’s plucked harmonies blend really well with Lee’s bass progression, and the vocals are melancholic and reserved. It concludes with a bluesy solo that complements the lack of color of the major part of the track. “The Twilight Zone” is a guilty buffer of the album to rest your ears on, before blasting off to the later, more explosive songs.