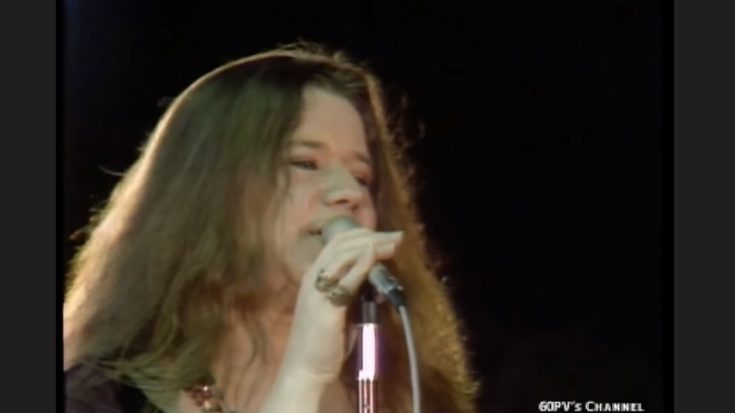 One of the most unrestrained rock artists to be claimed by the 27 club, Janis Joplin left an indelible mark in rock music. Joplin knew what she wanted at a very young age, and did it very well that it pioneered a whole genre behind it. But with it came the wiles of youth, where substance abuse was very rampant at the time. But Joplin didn’t try to wrestle her way out of the rut, and instead lived it to the very end. This showed in her performances as well, being a wild spirit with her raw and gritty vocals, sporting an infectious energy onstage that brought the mood up a notch.

Pearl was Joplin’s unintended swan song, being the second solo album of her career. It showed a more commercial and polished quality as well, with the help of producer Paul Rothchild, and the backing band Full Tilt Boogie. Her relationship with the collaborators of the album, especially Full Tilt Boogie band, allowed them to capture Joplin in her most dynamic studio performance, each note complementing her liberated vocal power to full extent, spreading through the full extent of her emotional spectrum.

“Trust Me” has Joplin showing her control over that beast of a voice, gradually modulating until she paints the chorus with such vibrant tone, while “Cry Baby” has her hushed down to a whispering coo, giving the monologue ample contrast for Joplin to play with her vocal dynamics. One of her most known tunes, Kris Kristofferson’s “Me And Bobby McGee”, was a radio-friendly tune that had the bells and whistles for a commercialized pop tune. There are some outlandish tracks on the album as well, like Joplin’s own “Move Over”, the a cappella “Mercedes Benz” and the eerily-titled “Buried Alive In The Blues”, which is a purely instrumental track because Joplin died, not having the chance to record the vocals.

A staple of classic rock everywhere, Pearl embraced the blues and country influences quite well, given Joplin’s reputation as a musician in full control of her instrument. It’s a sad thing she couldn’t do the same thing for her life as well, and wasn’t able to savor the success of the album, which was posthumously released.