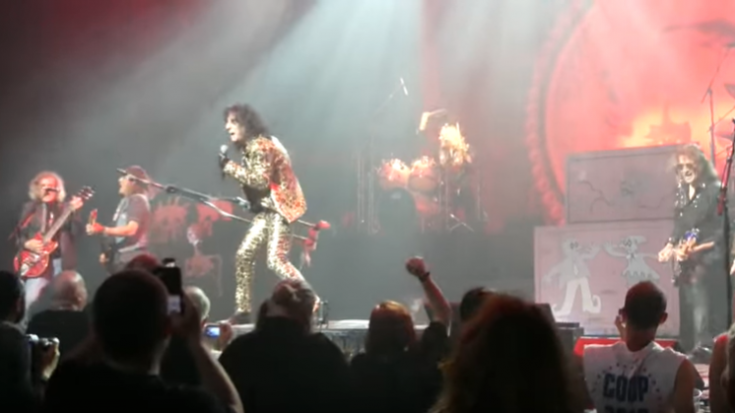 Shock rocker Alice Cooper announces his new album would feature the surviving members of the original band, going on to add that it would have “a lot of different flavors.” His recent release Breadcrumbs has Cooper looking back at the Detroit sound that comprised most of his early material.

Michael Bruce, Dennis Dunaway, and Neal Smith were all part of several singles on some of Cooper’s more recent albums, Welcome 2 My Nightmare on 2011, and Paranormal from 2017. In an interview with Consquence of Sound, Cooper said, “Breadcrumbs was sort of like leading you into the next album. It’s all original stuff… The original band is going to be playing on it – the O.G.s, we call them. The original guys. There’s two or three songs that we wrote with the original guys, and they’re pure Detroit. … We’re probably more Detroit than we are L.A. or Phoenix or anyplace else.”

“Now we’re going to be doing the vocals in Phoenix, just because I’m between tours at the time and I’ve got some days off in Phoenix,” Cooper said after sharing that the backing tracks have finished recording in Detroit. “I said, ‘I really have to be home for a few days, so let’s do the vocals in Phoenix instead of going back to Detroit for the vocals.’ The essence of the songs are all done, ready to go.”