Remembering The Thanksgiving Parade Of KISS 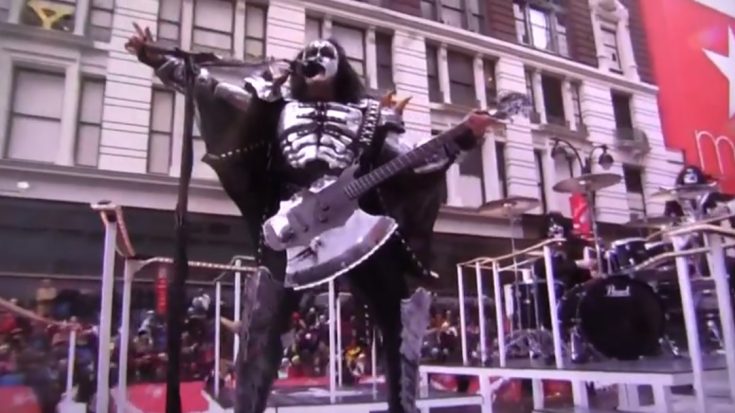 Band manager Doc McGhee reveals how KISS was “screwed over and misled”, as Paul Stanley puts it, on their 2014 Macy’s Thanksgiving Parade stint. Stanley took to social media just after the national event was televised, saying nothing more than “we ALL deserved better”, as the band performed on a stripped-down float, which was unusual for the band to agree on.

On the recent 9th KISS Kruise, McGhee finally revealed what went wrong five years after the event happened. “The worst thing we did was we played the Macy’s Day Parade. We were supposed to be on the Gibson float, which was this huge float. So, it was great; it’s just like Kiss. Well, the night before we found out that they wanted Paul to play Gibson, and he doesn’t play Gibsons – because he plays Washburns. So, we couldn’t go on the float. They go, ‘Oh, we have another float for you.'”

“So, we get there, and [the new float] is literally like, 25 feet long with two microphones on it. We looked like the shittiest thing on the Macy’s Day Parade. When I saw it I went, ‘ohhhh, this is how you get fired.’ That was just a horrible time,” McGhee opined.