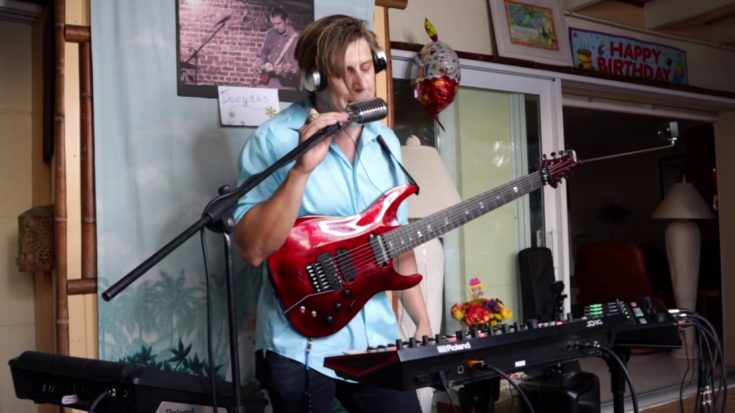 One doesn’t simply talk about rock n’ roll without including Led Zeppelin in the conversation. The English rock outfit was a major player in the industry just as rock music was trying to find its place among the prolific genres that dominated the ’60s. From blues to psychedelic, to even reggae, Led Zeppelin’s collective artistry was second to none, producing a full sonic ensemble even with just four sole members in the lineup. It’s safe to say that these rockers are unrivaled, till today.

With the behemoth of a legacy left behind by the band, it’s really not rocket science to infer why a few bands and artists have tried to cover their material, and fewer still have managed to bring justice to these quintessential masterpieces. Take, for example, Heart’s retelling of the rock epic “Stairway To Heaven” in honor of the band who’s members were looking on while they dished out a performance worthy of eternal applause.

One feisty artist is Youtuber Dovydas, who is known for his one-man shows thanks to his technologically-advanced rig and pure musical talent. Watch his eccentric take on the 1969 hit “Whole Lotta Love” in a singlehanded effort on the video below.