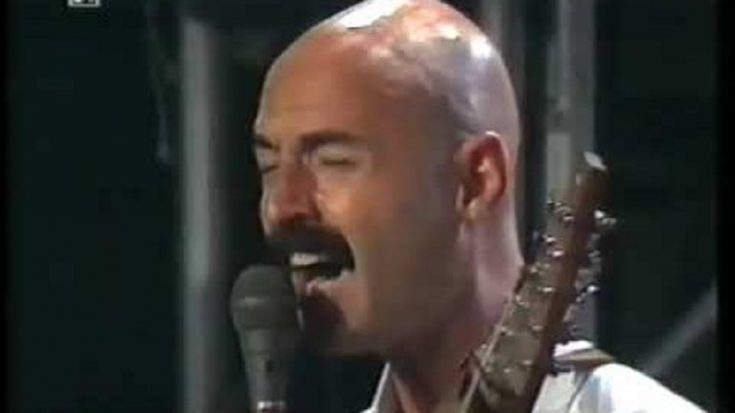 King Crimson has proved to be an unstoppable phenomenon in their concerts. With that, you may want to take a look at their 1982 concert in Munich, Germany given below for some proof.

After their long hiatus that started in 1974, guitarist Robert Fripp formed a band without knowing that he was about to reuse the name of King Crimson. The 80s lineup for this summer concert tour includes Fripp on guitar, Adrian Belew for guitar and vocals, Tony Levin for bass, stick, vocals, and Bill Bruford for drums and percussion. The set includes most of their work from their 1981 album Discipline and their recent work Beat (1982).

With the sea of waves and applause, one could generate a clue that King Crimson is at its peak with live performances. The group originally performed a 10-song set, but the edited version for the German TV features only 6 songs: “Waiting Man,” “Matte Kudasai,” The Sheltering Sky,” “Neal and Jack and Me,” “Indiscipline,” and “Heartbeat.”

It’s a battle of who’s going to be a star on the show for the foursome band. But lucky for them, they have enough spotlight to shine on their own duties; Belew is excellent on his guitar and his sharp voice that rumbled all over the place, Fripp’s guitar skills are formidable and felt like a whole, distinct entity, Bruford’s drum beats are roaring, and who’s to compare on Levin’s far-superior bass tones?

You can watch the concert below, provided inside Bruford’s channel.