Niikki Sixx is going to be a father again – after his vasectomy! 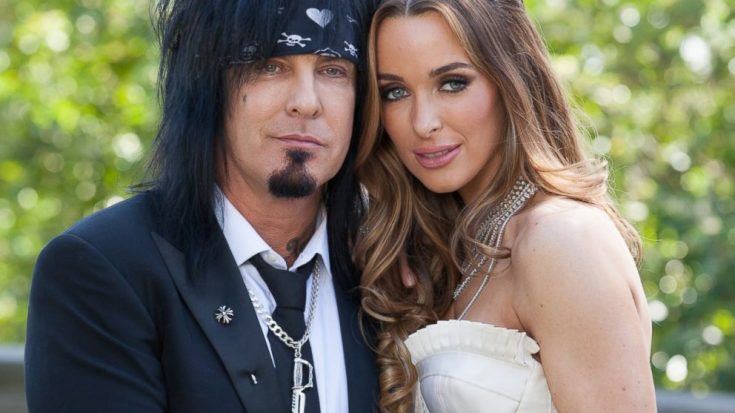 Congrats are in order for Motley Crue’s Nikki Sixx!

The iconic rock star is expecting a baby girl with his wife Courtney Bingham, 33. Bingham is Sixx’ third wife whom he married in 2014.

Speaking with USA Today, Sixx opened up about getting a vasectomy in 2007 after divorcing his second wife Donna D’Errico,

“I was once married to someone named Satan, and I said, ‘I’m not going to live the rest of my life in court fighting over child support, so I don’t ever want to do this again'”

However, the Motley Crue bassist changed his perspective on wanting kids when he met Bingham.

“I remember thinking, ‘I miss those days, I miss being a dad,” he admitted. “I didn’t have a father, and I always loved being a father. It’s an itch I can’t scratch. My kids are older, and I have a great relationship with them.”

Sixx has one daughter, 18-year-old Frankie-Jean with his second wife D’Errico, and has three children with his first wife, model Brandi Brandt – son Gunner, 27, daughter Storm, 24, and son Decker, 23.

After marrying Bingham, they discussed getting his vasectomy reversed so he could  “just take shots in the dark, hoping she gets pregnant.” When the couple decided they would have kids, he was so busy with so many things like touring with side project band Sixx: AM and working on the stage adaptation of his 2007 memoir, The Heroin Diaries: A Year in the Life of a Shattered Rock Star.

Nikki’s office gifted us the cutest Motley onesie ever!!!!! Oh my gosh, what a fun a fun surprise! Thank you @10thstreetentertainment