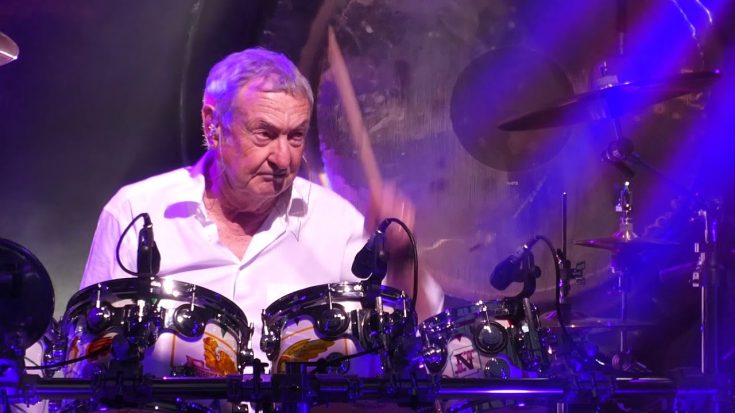 Nick Mason is undeniably an essential part of Pink Floyd’s cog. Being the legendary drummer of this stupefying rock group that brought music to a whole new level, his contributions were often undervalued for many reasons, like most drummers were.

If you ever became a part of the group that had Roger Waters, David Gilmour, and Richard Wright, and with Syd Barrett as well, it’s quite fathomable why most of the band’s fans are preoccupied with them, making your work somewhat less appreciated than with your colleagues. A sad reality that even the most talented drummers are faced with.

But while he might be the underrated guy in comparison to his fellow bandmates, his output on the band’s catalog is quite astonishing. After all, he is the driving force to some of Pink Floyd’s classics: “Echoes”, “One of These Days,” and “Time.” And even though each has their own favorites, still, in all honesty, absolutely no one could deny Mason’s incredibly talented self in handling the percussion.

Showing his credibility in making songs, of course, his opinion matters on who he thinks is the greatest songwriter of all time. Inside his 2020 interview from the NME, Mason revealed to them the person he thought that better suited the title: the freewheelin’ troubadour Bob Dylan.

He proclaimed Dylan as the “greatest songwriter of all time”, and that he “was so radically different from anyone else”. The drummer also mentioned that he wished he had written Dylan’s classic, “Blowin’ In The Wind.”

Check out Bob Dylan’s “Blowin’ In The Wind” below.