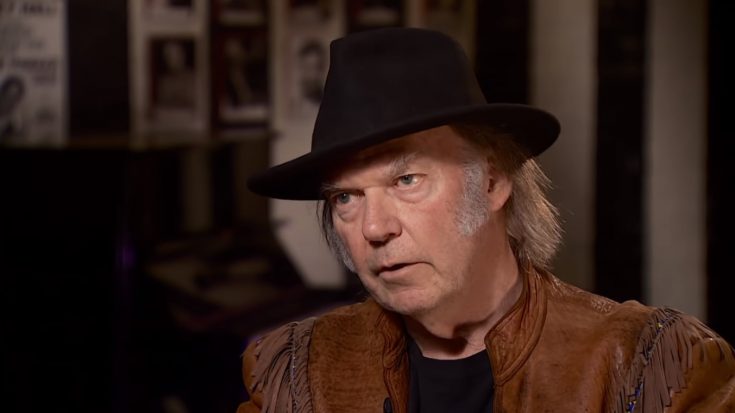 Folk rocker Neil Young says he was supposed to be granted American Citizenship on Tuesday, but has unfortunately been held off due to his marijuana use. Young fully disclosed his marijuana use throughout the years though, and was expecting for his request to be granted in time for the next presidential elections so that he could vote.

In a post on his website, Young says, “I want to be a dual citizen and vote. When I recently applied for American citizenship, I passed the test. It was a conversation where I was asked many questions. I answered them truthfully and passed. Recently however, I have been told that I must do another test, due to my use of marijuana and how some people who smoke it have exhibited a problem.”

A recently-added clause in the citizenship application process caused the delay, which can be read here: “An applicant who is involved in certain marijuana-related activities may lack GMC (Good Moral Character) if found to have violated federal law even if such activity is not unlawful under applicable state or foreign laws.”

Young shared why he felt that the American citizenship was important to him, saying in an interview with the New York Times that, “I’m still a Canadian; there’s nothing that can take that away from me. But I live down here. I pay taxes down here. My beautiful family is all down here — they’re all Americans. So, I want to register my opinion. … We’ve got a climate emergency, and governments are not acting.”