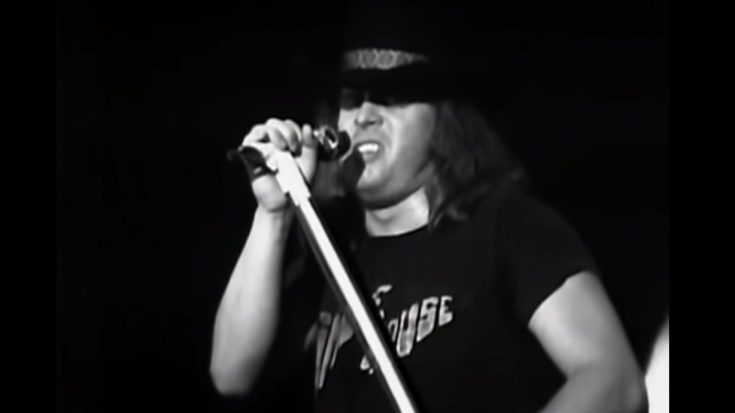 One of the most longstanding rock tracks of history is Lynyrd Skynyrd’s “Free Bird”, but did you know that it almost didn’t make the cut for release?

The quintessential single was part of their successful debut album of 1973, which became a concert staple due to its sheer popularity, with fans chanting and cheering the song on for the band to perform it, even being shouted at other band’s setlists as well.

Guitarist Rickey Medlocke says, “It really happens at our shows a lot of times. People would go, like, ‘Free Bird!’ and we’re, like, ‘Okay, we’ll get to that.’ And to think that the record company didn’t want Skynyrd to do it. They said it’s too long. ‘It’ll never go. … we shortened it to a three-minute version.'” Gary Rossington also said that the song was stagnant until they stretched it to the lengthy 10-minute runtime.

He says that the late Ronnie Van Zant wrote the song in a short span of time, explaining that “With just jamming and playing, it got longer and longer and longer as we played it. At first it didn’t have the end, the long guitar end: It was just the slow love song. Then we came up with the end, and as we practiced every day, it came along.”

During their live performances now, the band features the recorded vocals of Ronnie during the song’s third verse, with Johnny Van Zant stepping back in honor of his brother. “Johnny brings out Ronnie’s hat, the black one, and puts it on top of the microphone stand, and the whole third verse and chorus is Ronnie on the screen singing with the band,” Medlocke says in an interview with Q104.3.

Medlocke further details the emotional scene that unfolds before the band as the song plays on. “I’ve seen grown men in the audience weeping,” Medlocke said. “It’s a very powerful thing and to be standing there. … Gary and I are standing right at the microphone stand with the lights on it. I’ve got pictures from it, and I’ve got a special one up in my house already where you can see Gary and I looking at each other with the hat right there – and with the lights down on it, and it’s almost religious to me. It’s a very special moment. I get chills from it every night.”