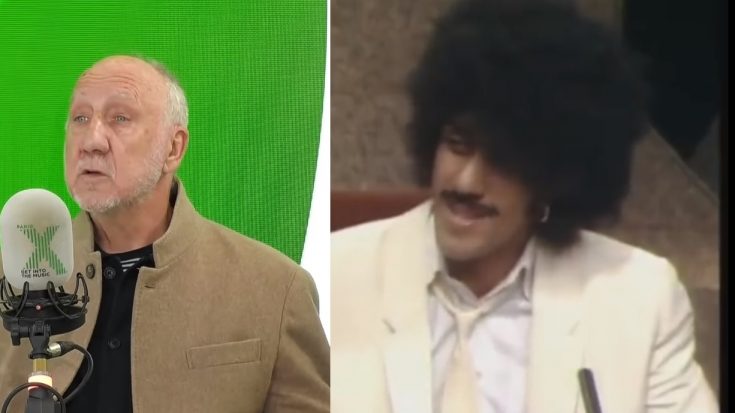 Rock opera aficionado and The Who’s guitarist Pete Townshend admits that he once overdosed on drugs, with no other than Thin Lizzy’s Phil Lynott.

Townshend wasn’t always a during their heyday, but the death of the band’s drummer and close friend Kieth Moon left him in a sorry state. The rocker is now sober for 30 years, though.

But when still wasn’t, he recalled his encounters with Phil Lynott in an interview with the Irish Times, saying, “Phil Lynott was a good friend, but he was a heroin addict when I knew him. He reminded me a lot of Jimi Hendrix – who, in the flesh, had no light. But as soon as he started to play music, light would happen, like a shaman. Phil was like that. He’d work at my studio in Isleworth, and when he played, he kind of caught fire.”

Towshend went on to recall his account of a night where he was with Lynnot, Paul Weller, and Chrissy Wood, who was Ronnie Wood’s ex-wife. “I woke up with a needle in my arm and Phil standing there, looking at me passed out,” the guitarist detailed. “Do you know what my big disappointment was? That I wasn’t on the front page of the newspaper the next day. I was in a club with Paul Weller and Phil Lynott, and it was the only time in my life I was ever going to overdose, and nobody knew!”

He then bared his history of substance abuse, saying, “I didn’t like being in a rock band, and I didn’t like the rock business, and I don’t think I would have stayed in there had I not been a drinker. It was what it enabled me to stay, because I didn’t use drugs for a long, long time,” he continued. “I wasn’t quite as pure as Roger Daltrey claims to be, but I stopped smoking marijuana in 1967, so I was 22. I didn’t start using any kind of drugs again until briefly in about 1979, just after Keith Moon died.”

The biggest challenge for everyone around Moon was not their ignorance of his plight, but how they could stop it from happening. “I worry that we still do that in our business,” he added. He offers consolation for staffers of late artists like Amy Winehouse and Avicii though, saying they had no “cause to be ashamed because we certainly didn’t know what to do [about Moon].”

He described the feeling of being around Moon, saying, “We couldn’t moderate Keith. He was living in a fantasy, but he was also medicating himself into inaction. We couldn’t work out what the hell was going on.” Townshend even compared him to his sibling, saying, “His sister, for example, is still alive and perfectly normal. She had the same parents; she’s a year older than him. Why isn’t she a nutter? His mum just died last week. Lovely lady, very normal. And I know his aunts. They’re lovely and normal, and you look at Keith and wonder what was it that made him so strange. His self-destruction was poetic and creative.”