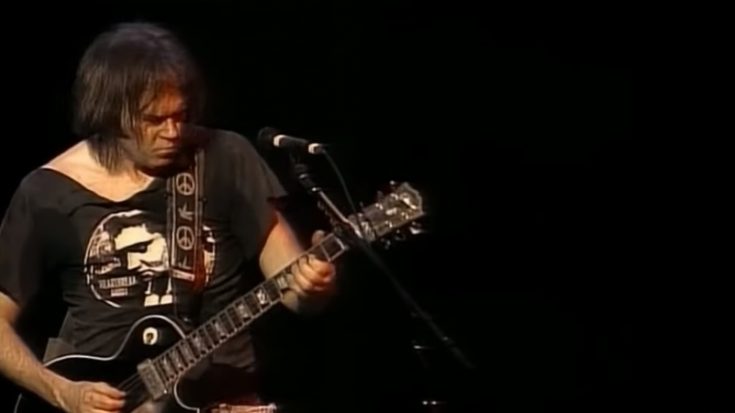 Neil Young has another treat in store for fans. Following news of his reunion album with Crazy Horse, Young will be releasing another album. This time, it’s an archival live album of his performance at the University of Alabama, Tuscaloosa on February 5, 1973. Young performed with his backing band the Stray Gators in the said event. Branding the simple title, TUSCALOOSA, the album will be launched on the 7th of June 2019, on a single CD and a tri-sided vinyl album, with a custom etched artwork on the fourth side.

Come and hang out with me at the @NeilYoungArchives – the only place I’ll be. The Friday announcement of my new live album “Tuscaloosa” was only at NYA. Don’t miss the next! This temporary page will be removed next month. Everything I’ve ever released is at NeilYoungArchives.com in XStream quality sound. You can keep up with all my thoughts in the Times-Contrarian and contact me directly through letters to the editor. Also! Article on CRAZY HORSE 2019 brand new album release up now! Hope to see you there. Neil Where Music Lives – @NeilYoungArchives

“It’s from the period right around Harvest and Tonight’s the Night,” Neil Young said to Rolling Stone. “For me, it’s edgy. It’s like those mellow songs with an edge. It’s really trippy to be down in Tuscaloosa, Alabama, and singing those songs from Harvest and the songs that we were doing for Time Fades Away before it came out. I found this thing and it had such a great attitude to it. I just loved the whole night, so I put that together with [engineer] John Hanlon.”

While the tour was previously catalogued on the Times Fades Away live LP, this particular live album was from a show with the former Stray Gators drummer Kenny Buttrey before being replaced by Johnny Barbata. The album is also incomplete, because while they performed 20 songs for the set, only 11 were included for this venture. Hanlon blames this on the tape not capturing everything, with “The Loner” being out of tune, and “On The Way Home” was already featured numerous times on other live albums.

In response to a fan’s question, Neil Young posted on his website why he decided to release the album, knowing some songs would be missing. “We don’t like to release a lot of songs on many albums, so ‘On The Way Home’ went by the wayside. The Loner’ was just not good enough. I still make those decisions because I am here on the planet. However, those two versions will be available in the archives for members to hear. I have no plans to release everything I have ever recorded. Some of it is just not good enough.”

Young is teasing the album with an audio version of the album’s ending track, “Don’t Be Denied“.