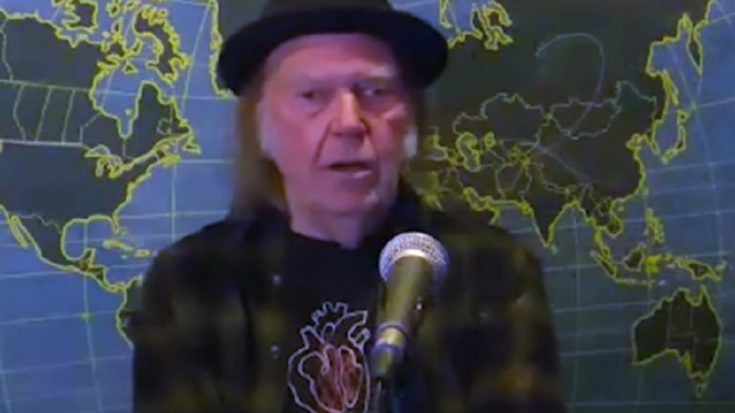 Neil Young has been the face of rock and roll for many decades, starting on his career with Buffalo Springfield, Crosby Stills, Nash & Young, and as a solo artist. In an interview with Howard Stern, the musician tells us the reason why he had to leave the two important bands that he once was associated with.

Stern pointed out the 76-year-old singer’s tendency to do “his own thing,” especially when Young decided not to play at the Monterey Pop Festival, which led to his exit afterward inside the band, Buffalo Springfield.

“To tell you the truth, I never really thought much about anything other than the people that we were writing our songs for and the crowds that we played for live,” Young said. “We had our own thing, so I’m saying we don’t need to dilute it with all of that and become a part of that whole thing. I just thought it would be good if we stayed focused on our message and what our song were about.” Young wanted to focus on that type of approach, only singing their songs to those who loved it and avoiding playing to people on big shows who only came for different reasons.

Even in CSNY, Young preferred to do his thing that was focused on what they’re about and enjoy the look of others’ faces when hearing it for the first time. His principles regarding songwriting are too established that he didn’t need the approval of his two groups anymore.

You can watch the video clip of the interview below.