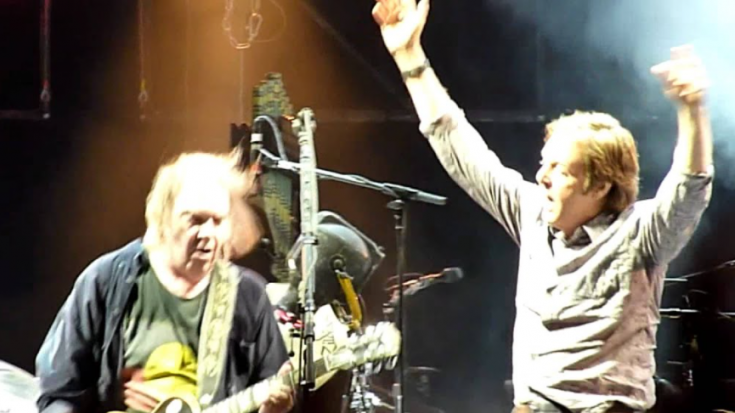 At The Hyde Park back in June 2009, fans were lucky to see Neil Young and Paul McCartney duet with the Beatles’ “A Day In The Life”.

After a series of tours at this point, Young would almost close his shows with a performance of this Beatles’ classic. His version is rougher and contemplative than the usual mix of the Fab Four’s version. But at the concert where Paul McCartney was also present, the people kind of expected that the two would perform together since they are altogether pals that go way back. So when Paul’s part is about to go, the singer rushed on-stage and sung his original lines. And the two began to duet. Young ended the performance with ample noise and spot-on rock action by breaking the strings due to continuous and aggressive guitar-picking. Extremely legendary.