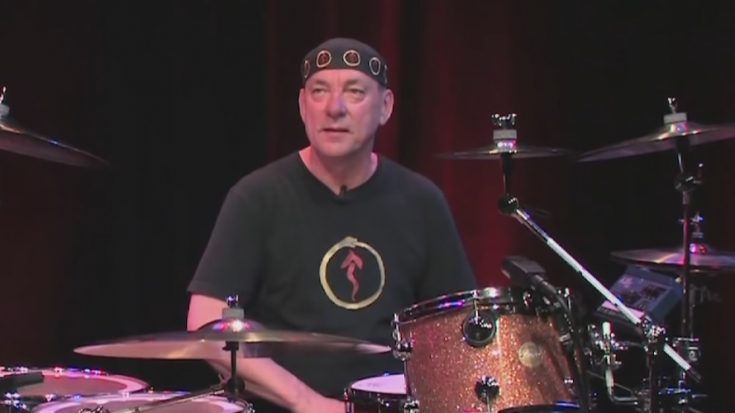 Neil Peart’s powerhouse drumming was as iconic as the moment he joined the power-trio band Rush, with Geddy Lee and Alex Lifeson as his bandmates. Since Peart’s arrival, the band has been leaning towards complex arrangements, seemingly to cater to the drummer’s wide vision of how rock music should be played.

Peart was known for studying different styles from a handful of drummers, perhaps the reason why he’s a fan of anything intricate and detailed. His influences range from Keith Moon of The Who to Jazz musician Gene Krupa.

“Keith Moon had a wonderful way of framing the vocals. You can hear that it’s apparent chaos, but it’s not at all, it’s a very carefully designed chaos that frames the essence of the song,” Peart told Classic Albums. As for Krupa, he was amazed by his style of drumming when Sal Mineo portrayed him in the autobiographical film, The Gene Krupa Story. From then on, he wanted to mimic his style.

Peart also added: “Many of us in my generation often joke that our six favorite drummers were all Hal Blaine, because when I was playing along to Simon & Garfunkel, or The Byrds, or The Association: all these bands, they were all Hal Blaine playing drums on them.”

From various drum artists to different styles, Peart always knew that he is up to any task, as long as he’s in control of his distinct style that’s beloved and respected by many.