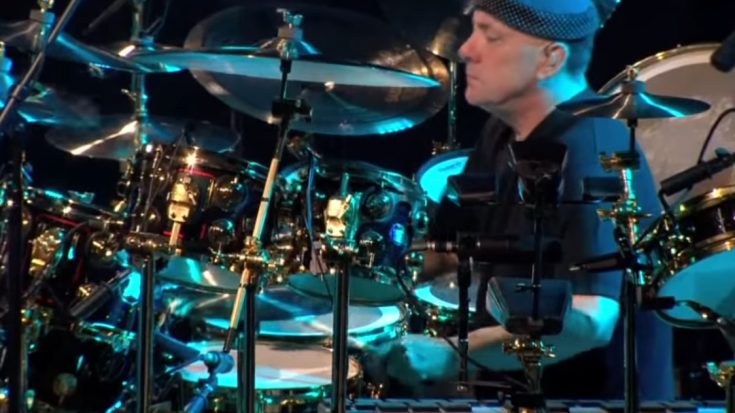 The passing of the Rush’s Professor on the throne, Neil Peart, on January 7, 2020, was one that shook the industry, as well as hardcore fans of the Canadian prog meisters. This just means that there will be no more reunion shows of the original band lineup, which brings us back to the final show of Rush back in August 1 of 2015.

That performance was Rush’s 25th appearance at the Forum in Los Angeles, with the band sporting a thoughtful spread for their setlist, making it a fitting end for their R40 Tour. While there was no solid decree saying that the tour was their final one, it was also apparent that the band wasn’t geared about doing a follow-up. In an interview with VH1 at the time of the tour, frontman/bassist Geddy Lee said, “It’s clear we are at a point in our career that we have to slow down, and slow down dramatically. I’m not a guy who’s in love with the farewell tour idea – but it’s clear this is going to be the last big tour we’re going to do, for a while anyway.”

Peart was one of the most vocal that he didn’t want to do any more tours, as it was taking away time for his family (especially his daughter), on top of the physical ailments that he had already been suffering. In an interview with Prog magazine, Peart said, “It’s a true dilemma. Should I be excited about leaving my family? No, and no one should. I’ve been doing this for 40 years. I know how to compartmentalize. I can stand missing her, but I can’t stand her missing me. I’m causing pain.”

Alex Lifeson said that the R40 tour had an entirely different feel to it, saying that, “In the past when we’ve celebrated our anniversary — like, for example, our 30 tour 10 years ago, it was a bit of a retrospective as well. We kind of tried to reach back and balance the live set with material from our entire career. But [with R40] we focused a lot more on looking back from the present right back to the very beginning.”