Music Video for Tom Petty’s “Something Could Happen” Released 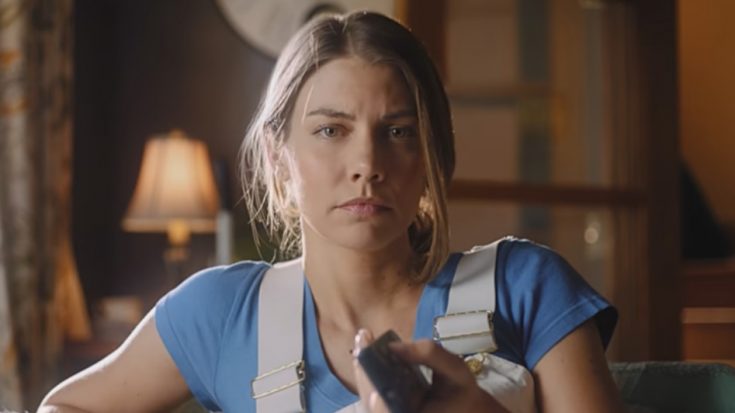 The late Tom Petty’s estate has released the music video for his song, “Something Could Happen”, which stayed unreleased until it became part of the recent Wildflowers & All The Rest record this year.

The video is directed by Warren Fu and stars Lauren Cohan (known for her work in The Walking Dead). Fu explains that he tried to recreated an authentic Tom Petty screenplay.

“In looking back on Tom’s old music videos, it was obvious that he had a lot of fun with them and was not afraid to get a bit weird. I wanted to create another modern fairytale in the spirit of Tom’s music video for ‘Into the Great Wide Open.’ In our story, we have a character that is an incarnation of memories reassembled into a living creature, trying to make its way back home,” the director said in a statement.

He continued, “I think the message I was trying to convey is that all our experiences – the good, the bad, the beautiful and the painful – make us who we are, and we should embrace them. Tom never compromised his artistic integrity and always stayed true to who he was, so I feel like our message in this video is in line with his spirit.”

Wu also said that there were a lot of Tom Petty references and easter eggs all throughout the video, including: “the skywriting heart from ‘Free Fallin’,’ a crown for ‘It’s Good to Be King,’ a dog collar with an ‘R’ in a nod to Tom’s dog Ryder, the slow-dance dip from ‘Mary Jane’s Last Dance,’ Alice and the Mad Hatter’s hat from ‘Don’t Come Around Here No More’ and the storybook motif from ‘Into the Great Wide Open.’”


“When Tom’s fans watch this video, I hope they feel the same way I felt hearing the song for the first time. Something new, yet something nostalgic and familiar,” Wu hopes.