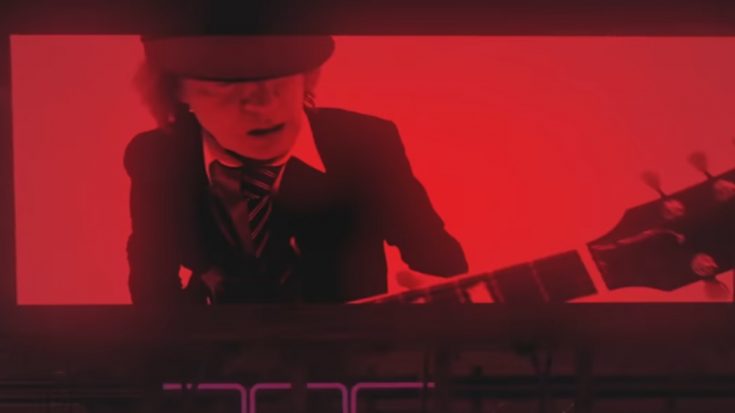 AC/DC has just released the music video for “Demon Fire”, the third single from their new album, Power Up.

The song follows “Shot In The Dark” and “Realize” in the singles category but fans took note that parts of the video have already been available before. Just before November ended, a 53-second teaser was released for the song that showcased a car with the AC/DC insignia on the grille.

Mike Fraser, the engineer who worked on the album, said that he believed the band hid Power Up for a good two years after completion because the members weren’t sure if the record was up to their standards, especially after what they’ve been through in the past years. This was the time when photos of the members showed up online during their sessions in a Vancouver studio. “Their intention was to go into the studio quietly and see what they’ve got,” Fraser shared.

He continued: “They didn’t know. Brian… was fresh back in the band after his hearing stuff, and they didn’t know how that was going to work. Cliff had said he wanted to retire. Phil had his problems, so putting that all together, it must have been a logistic nightmare. And I think they wanted to keep it under wraps, and if it worked out, it would give the fans a great surprise present. … I think they were kind of disappointed that it got leaked. But they’re a huge monster band, so how could it not?”

Check out the official video for “Demon Fire” below.