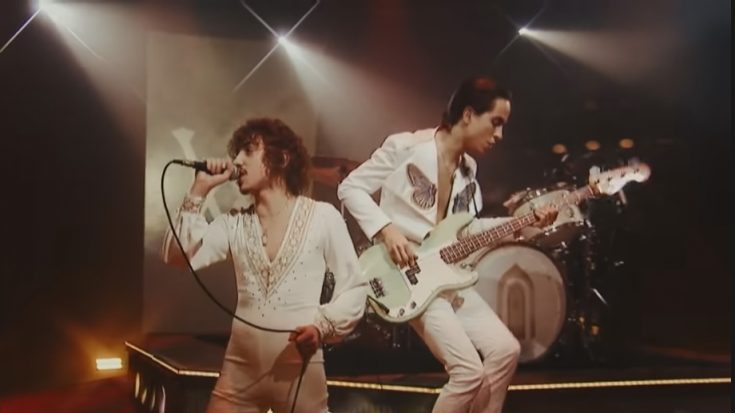 Greta Van Fleet revealed their new song, “My Way, Soon” on The Late Show With Stephen Colbert. The band performed it with a set that was reminiscent of ’70s music shows.

The new song is part of their upcoming sophomore record, The Battle at The Garden’s Gate, which will be released on April 16.

In a new interview, frontman Josh Kiszka said that the follow-up to their Anthem of The Peaceful Army of 2018 is full of biblical references along with themes of war.  “Not just in the title, but throughout the entire album. This is a world with the ancient civilizations in it – just like our own parallel universe, really. It’s an analogy,” he shared.

The band was supposedly aiming for something in level with a film’s score, but they had to wait for the right time when their audience would be ready for it. “But being in music long enough, there’s more of a relationship that we have with people. I think that will help them understand this particular album – because it is a very sophisticated album. There is no doubt about it,” he noted.

Their ’70s-themed number would hardly reduce the comparisons the band has gotten in contrast to acts in the said decade. Greta Van Fleet has been subjected to such comments since their debut, but Kiszka says they have nothing to prove.

“Honestly, the way that we approach our music is that we’re writing it for anybody who has any reason to listen to it. We’re creating something simply for the sake of making a work of art that we’re proud of, that we ourselves like to listen to,” the frontman said last year.