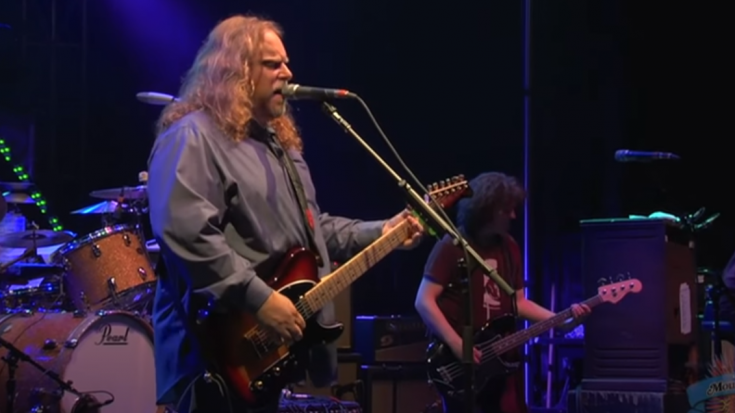 “Money” hails from Pink Floyd’s most successful album release in 1973, The Dark Side of The Moon. The song is quite known for its eccentric time signature shifts from 7/8 to 4/4 and is solely credited to bassist Roger Waters, who supplied the main arrangement and lyrics of the song while the rest of the band improvised from his creation.

Waters also created the signature riff, while David Gilmour crafted the guitar solo. The money sounds on the song – a cash register, coins, and paper bags – were captured using a 16-track recorder and manually splicing the tape, which gave way to the signature cash register sound loop that recurs on the song. Handling the engineering on the song was British producer Alan Parsons, who also started a band of his own called the Alan Parsons Project.

In an interview with Songfacts, Parsons noted the habits of Pink Floyd and The Beatles, two bands that he had already worked with. “They both liked to use the studio to its fullest, and they were always looking for new effects and new sounds. That was the beauty of working with those guys: There were always new horizons to discover in sound,” he said.

“Money” is often mistaken as a tribute to the way of living with coin but is in fact Pink Floyd’s way of telling people the bad effects that money brought into their lives. Ironically, however, it also allowed the band to rake in cash with a whopping 34 million album copies sold.

Listen to the song being delivered with a Southern touch via Gov’t Mule’s cover of Pink Floyd’s “Money”, on the video below.