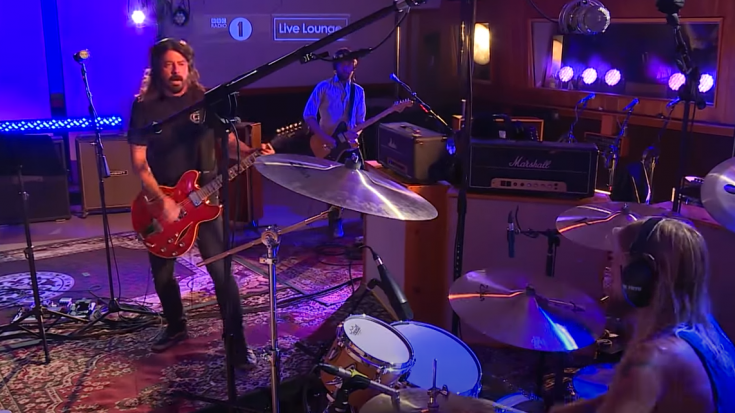 When it comes to hard rocking tunes that really give others a run for their money, AC/DC’s classic lineup with the late frontman Bon Scott wasn’t one to sleep on. Particularly from their 1977 album, Let There Be Rock, is the title track rock anthem that had the raw power and energy of everyone in the band condensed into six minutes of pure rock and roll goodness.

“Let There Be Rock” was a triple effort from Malcolm and Angus Young’s music alongside Bon Scott’s lyrics. While some might dismiss it as a pure fun-oriented rock anthem, the lyrics discuss how rock and roll was born in 1955, detailing how white and black musicians had a role to play in its development and a necessary combination of styles was in order to make rock music a possibility. It also made use of Biblical allusions on how God created the universe and the world, with “Let there be…” being an obvious anchoring point for the reference.

The Foo Fighters, headed by frontman Dave Grohl, dished their own rendition of the song with a faithful yet unique take on “Let There Be Rock”. While covering an AC/DC song was a tall order in itself, let alone doing “Let There Be Rock”, it’s safe to say that the Foos delivered the good quite well on this one, which you can listen to and enjoy on the video below.