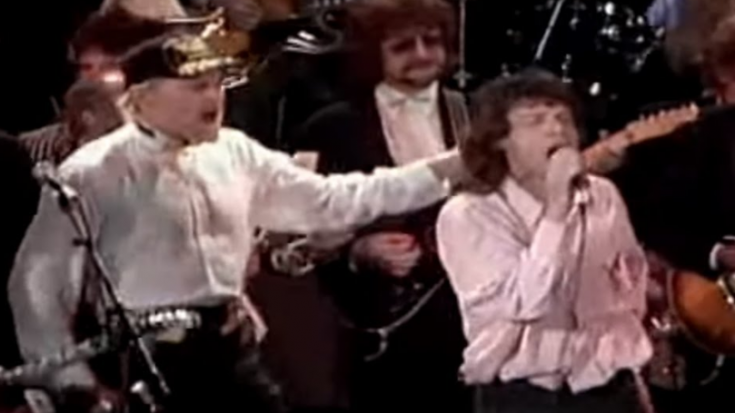 As most rock stars do, it’s inevitable to drag someone down to feel the sense of superiority afterward. That is exactly what happened at the 1988 Rock and Roll Hall Of Fame, when Mick Love, the lead singer for the Beach Boys, talked trash about several prominent people.

To give you the specifics, Mike Love dragged down the names of several artists including Paul McCartney, the Mop Tops, Billy Joel, and the one he singled out the most, singer-songwriter of the Rolling Stones, Mick Jagger.

Mike Love said, “I know Mick Jagger won’t be here tonight, he’s gonna have to stay in England. But I’d like to see us in the Coliseum and he at Wembley Stadium because he’s always been chickenshit to get on stage with the Beach Boys.” Love was wrong of course, for later that night, Jagger was seen performing the Rolling Stones’ “(I Can’t Get No) Satisfaction” on-stage, along with the titans of the music industry, which also included Mike Love.

It’s extremely awkward, yes, but no more awkward than Jagger intentionally ignoring Mike Love at his side when Love was trying to catch his attention.