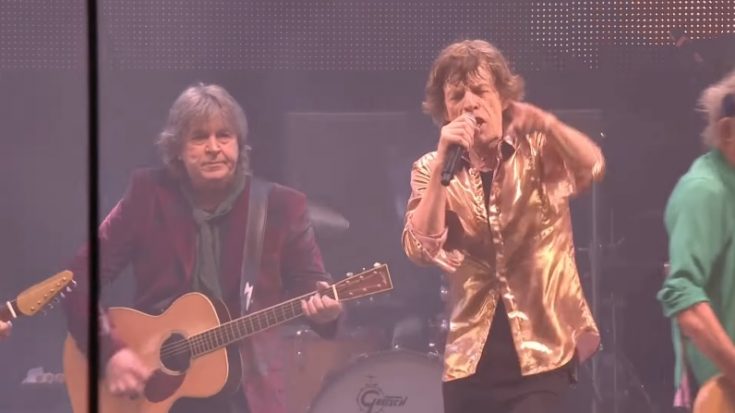 Mick Jagger worried fans with news of postponing The Rolling Stones’ North American No Filter tour, because of health issues. Although keeping mum about Jagger’s specific heart condition, the band has announced him undergoing medical procedures. He apologized profusely on social media, venting his frustration on Twitter.

“I’m so sorry to all our fans in America & Canada with tickets. I really hate letting you down like this. I’m devastated for having to postpone the tour but I will be working very hard to be back on stage as soon as I can. Once again, huge apologies to everyone.”

Jagger, 75, received non-invasive heart valve procedure, as doctors were able to access the valve through an artery, allowing them to proceed without opening his chest cavity. Jagger’s younger brother Chris disclosed that his condition was spotted in a routine check-up schedule. He spent the next weeks recovering from the minor procedure, even posting a photo on his Twitter account of his progress.

A walk in the park ! pic.twitter.com/d13GySbHCC

Seems like all is well now. Additionally, Jagger was reported to having been spotted in New York last week. Entertainment tabloid TMZ says the rockstar was spotted during the April 18 premiere of Porte Rouge. Choreographed by his 32-year old girlfriend Melanie Hamrick, the ballet performance included classic Rolling Stones hits such as “Paint It Black” and “Sympathy for The Devil“.

Jagger remained backstage because according to him, he wanted to avoid the crowds on the grounds that “didn’t quite look like Mick Jagger.” However, he did make an effort to extend his greetings to the crowd. Jagger took over the loudspeaker and proceeded to make his presence known, “Mick Jagger here. Hope you enjoy this wonderful new ballet and the music,” he spoke.

Insider reports say that Mick Jagger was sporting black jeans, black pants, and sneakers, and faithfully sat for the entire performance. He was holding Hamrick’s hand while congratulating the dancers of the premiere. He skipped the gala’s dinner, though.