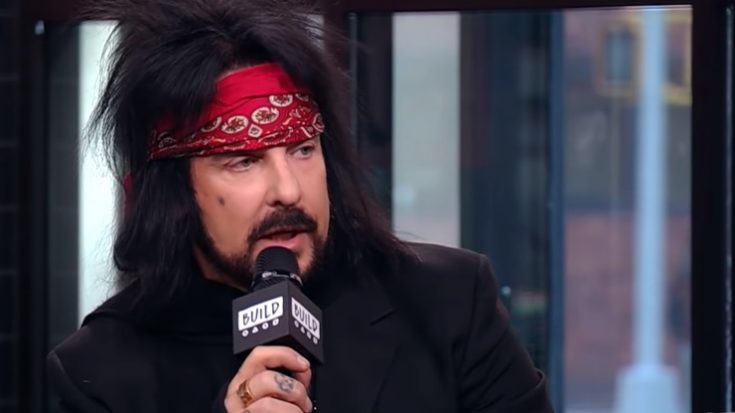 Nikki Sixx on an interview for The Dirt - Build Series / Youtube

What if Mick Mars wasn’t Motley Crue’s lead guitarist? Ozzy Osbourne’s guitarist Jake A. Lee was hired after the tragic death of his friend Randy Rhoades. Recently, Lee surfaced with an absurd claim that Motley Crue wanted to have him on board to replace Mick Mars, in the earlier years of the band.

In an interview on the online talk show Tone Talk,  “Nikki [Sixx] and Tommy [Lee] wanted me in the band. They actually wanted me to replace Mick — which you can understand that,” said the guitarist, bragging, “[I was] fucking better looking and fucking better playing.” Lee had apparently nothing better to do at the time, and was tailing around Motley Crue shows. He also claims of talks of having two guitarists on Motley Crue, which apparently started the rivalry between Mick and him.

When asked on what he thought Motley Crue would be had he joined them, he responded with, “I’m not even necessarily saying it would be better. Nothing against Mick. [He had] great tone, fucking good rhythm. [He] probably was what they needed to be big. They wouldn’t have been as big with me. Musically, they might have been better,” he reasoned.

Motley Crue’s bassist Nikki Sixx didn’t make light of Jake A. Lee’s statements, however. Sixx uninhibitedly posted on his Twitter account, saying, “Isn’t it funny how the has been’s,never was’s, washed up long ago small career people all started coming outta the woodwork around the movie? I guess it’s their only way to get attention in 2019. God bless them. They must be desperate.” Sixx refers to the band’s biopic The Dirt, and how people have been popping left and right just to stay relevant.

Nikki Sixx voiced his stand further, when he replied to a fan’s tweet. “Make believe story. Everybody wants peice of the Crüe now. Believe me. Almost 40 years together. We know our story way more than some shadowy worms.”

Make believe story. Everybody wants peice of the Crüe now. Believe me. Almost 40 years together. We know our story way more than some shadowy worms. https://t.co/TDTsWk4cdk