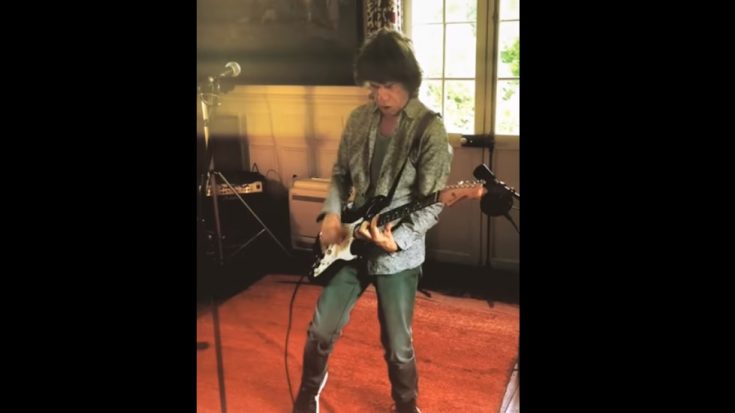 The Rolling Stones’ iconic frontman Mick Jagger has been surprising fans left and right with his recent social media updates. Earlier this year, Jagger was subjected to a heart valve replacement surgery that prompted the band to put their No Filters concert tour on hold until further notice, clearly having no plans of playing without Jagger on board. He profusely apologized for the hassle he wrought upon their schedule, taking to Twitter to reach out to waiting fans, “I’m so sorry to all our fans in America & Canada with tickets. I really hate letting you down like this. I’m devastated for having to postpone the tour but I will be working very hard to be back on stage as soon as I can. Once again, huge apologies to everyone.”

But just two weeks after his surgery, he posted a picture of him on Twitter, clearly looking well. This was after thank you messages to fans who supported him throughout his journey of recuperation.

A walk in the park ! pic.twitter.com/d13GySbHCC

He was also spotted supporting the ballet play his girlfriend Melanie Hamrick directed, at a theater in New York. Another recent update showed Mick dancing to the Wombats’ song “Techno Fan“. Here, Jagger can be seen as if nothing life-threatening ever happened, busting out explosive dance moves, impressive for a 75 year old man who just underwent heart surgery a month earlier.

And now, in another tease for fans, Mick posted a video of him playing “new tunes” on a black Stratocaster. It seems like the frontman is prepping up for the No Filters Tour, which was recently announced to continue after confirmation of Jagger’s exceptional recovery.

Fans are rooting for Mick Jagger’s seemingly rapid recovery, with Aerosmith’s Steven Tyler commenting on the post with “BRINGS US ALL GREAT SATISFACTION TO SEE YOU ROCKIN’! CAN’T STOP US ROCK N’ ROLL IMMORTALS!”

Here is The Rolling Stones’ new schedule for the No Filters Tour, with additional dates to be announced along the way.