Mick Jagger Calls For Support For Child Benefit Amid Pandemic 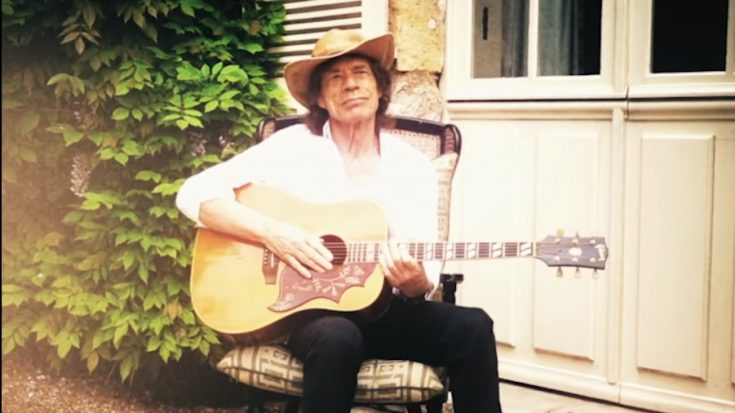 Rolling Stones frontman Mick Jagger recently uploaded a newsreel clip as an effort to promote vital advocacies in the midst of the coronavirus pandemic.

Titled “Global News”, a voiceover narrates, saying, “In times of international crisis every man, woman and child must pull their weight.” Meant to imitate the newsreels that played before movies in the early days of cinema, Jagger plays every role in the video, with the narrator urging him to engage in healthy activities.

A Public Service, on behalf of Save the Children – ‘In times of international crisis, every man, woman and child must pull their weight…’

The narrator prods on Jagger as he plays a guitar, saying, “Look at this fellow, not a care in the world!” The perplexed frontman was then asked, “Hey, you there! Yes, you! What do you think you’re doing?” – to which the voice then leads Jagger to perform physical activities in the midst of the quarantine situation. Gardening, carpentry, animal husbandry, and exercising – these were just some of the things that Jagger did as a way to promote healthy living in these extraordinary times. In the end, he was allowed to rest with his cat.

While the pandemic has hit a major blow in the industry, the Rolling Stones continue to be active, even releasing a new song back in April – “Living In A Ghost Town”. “It wasn’t written for now, but it was just one of those odd things. It was written about being in a place which was full of life but is now bereft of life so to speak… I was just jamming on the guitar and wrote it really quickly in like 10 minutes,” Jagger explained in an interview with Zane Lowe that he wrote the song with Keith Richards about a year ago.