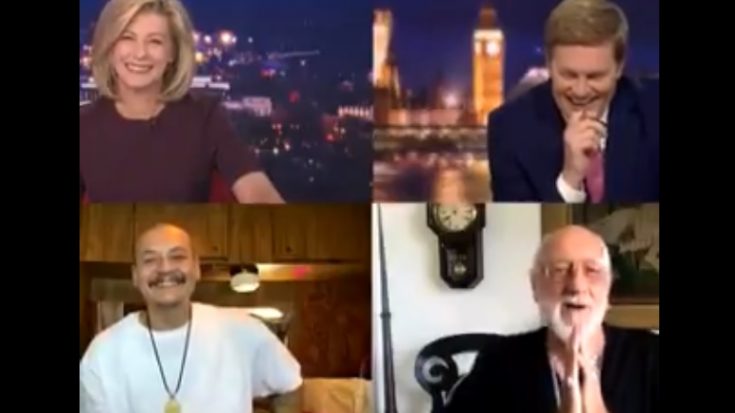 Viral TikTok star Nathan Apodaca – you might recognize him for the skateboarding video with cranberry juice in his hand while vibing to Fleetwood Mac’s 1977 hit “Dreams” – had a “dream” of his fulfilled.

Mick Fleetwood, co-founding member of the band that Apodaca jammed to, surprised the viral TikToker on air to thank him for the video he made viral. The video has already amassed around 38 million views since it was posted on the social media platform. Fleetwood himself has made his own version of the video, while Ocean Spray – the brand of cranberry juice he was downing – has gifted Apodaca with a truck.

The viral video helped “Dreams” in streaming and sales figures. BBC News has made it possible to bring the two together during a surprise interview on Friday. “One, we owe you,” Fleetwood told  Apodaca. “It’s such a celebration of everything. I’ve heard you talking about it, and it’s so joyous and fun.”

Mick Fleetwood thanks the man behind the viral video that’s made Fleetwood Mac's Dreams a hit all over againhttps://t.co/tMeVEj1wJl pic.twitter.com/sNC1VG2Gec

Fleetwood also said that the video just came out at the right time, in the midst of people struggling in the pandemic. “I just wanna say, outside of Fleetwood Mac, we owe you. It’s such a great story, and so needed. In days that are really challenging…it makes people smile, and I’m so happy to be part of it. Congratulations on a wild, wild skateboard journey that has led us to talking today,” he added.

Apodaca responded with: “I feel blessed and I appreciate you. It’s just awesome.” Fleetwood answered that he hoped the two could meet one day and said, “You’re right in my heart.”