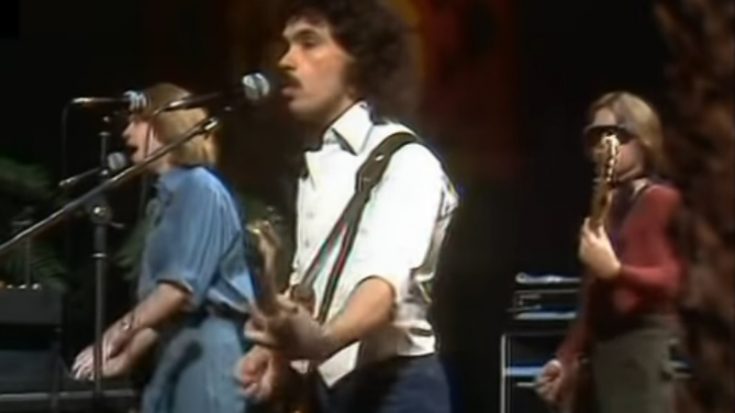 During the duo’s formative years, Daryl Hall and John Oates messed around with various styles and sounds in hopes of landing that moneymaking template that coincided with their artistic interests. While it was a trial and error process, the growing influence of soul reflected on their developing artistry, inching their way into that pop-infused sound. Here are some of the well-loved Hall and Oates classics from the ’70s that surely made their success in the next decade possible.

Hall and Oates went for a robust era-relevant doo-wop style on “Why Do Lovers (Break Each Others’ Heart?)”, which was counterbalanced with a tasty and sensual solo to provide varied sonic texture on the song.

You just gotta bring people in who know the works – this was what the duo did in Along The Red Ledge. David Foster produced the album, while guests like George Harrison, Robert Fripp, and Todd Rundgren participated in its making. One of the most memorable cuts on it is “I Don’t Wanna Lose You” and the soul it oozed.

Nothing quite encapsulated Hall and Oates’ best efforts from their early years than “Do What You Want, Be What You Are” and its blue-eyed soul attack. There was nothing pretentious about the delivery, which, in all fairness, was due to their influences and creativity.

When the duo switched record companies, an attempt to compile some of their greatest hits was in the works. Of course, he had to be balanced with newly written material, that’s why “It’s Uncanny” exists. But this soulful cut doesn’t serve as an album filler, springing forth with a life of its own.

While Along The Red Ledge saw the upcoming template Hall and Oates were going to use in the near future, “It’s a Laugh” stays true to their soul roots – with proponents like a blazing saxophone section and call and response vocals upping the ante well.

The last release for the band before the eighties rolled in was a cornucopia of styles, most of the songs being somewhere in between awkward or overdone. “Wait For Me” begs to differ, however, with its amazing mix of soul, rock, and pop balanced out for a fantastic listening experience.

Rhythm and blues were evident in “Back Together Again”, an authentic cut delivered by Oates that was punchy and groovy at the same time. It’s a good thing the duo never really departed from their main soul identity.

Blue-eyed soul was the main goal of Atlantic Records with the duo, but when they signed with RCA, things were about to change. “Sara Smile” saw the band harken to rhythm and blues tweaked to fit the seventies landscape.

This song was originally on Abandoned Luncheonette and was released as their debut single, which only made it to the 60th. When they switched labels, Atlantic was reissued and finally given the acclaim it deserved – the soulful ballad that was driven by their unyielding vocal performances reached No. 7.

Chart-topping “Rich Girl” had that infectious rhythm going for it when everything else in the duo’s catalog was slow and dreamy. This fast-paced soulful cut was a peek into the future that awaited Hall & Oates.