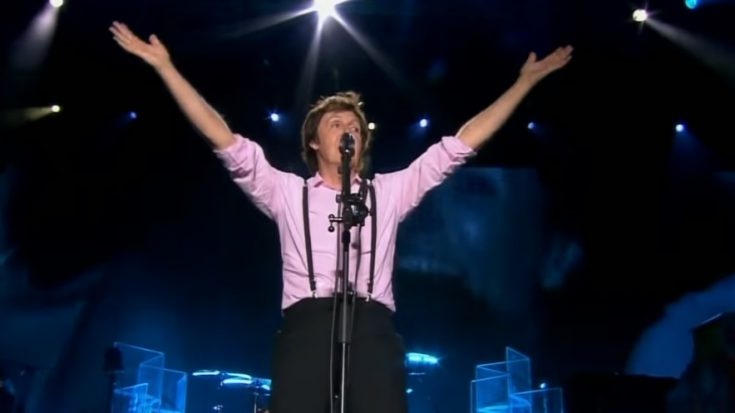 Paul McCartney said that he did not know he’d be working on the new McCartney III album until he finished it. A follow-up to earlier releases McCartney of 1970 and McCartney II of 1980, this third album will be released on December 11.

In an interview with Loud and Quiet, he said: “Right at the end of it. … I’d just been stockpiling tracks, and I thought, ‘I don’t know what I’m going to do with all of this – I guess I’ll hang onto it.’ And then I thought, ‘Wait a minute, this is a McCartney record,’ because I’d played everything and done it in the same manner as McCartney I and II. That was a little light bulb going off, and I thought, ‘Well, at least that makes a point of explaining what I’ve been doing, unbeknownst to me.’”

He said that the extra time on lockdown was instrumental in the completion of the album, noting that a lack of interruptions was a “common denominator” among the three records.

“After the Beatles broke up, I suddenly had a lot of time and no particular plan in mind,” McCartney shared. “And then when Wings broke up it was a similar thing. And with me, when I’ve got a lot of time, my go-to situation is, ‘Well, write and record then – that’s something to do when you’ve got some spare time.’ So, this was similar, but it was the pandemic that stopped things. We were due to go on a European tour this year, but very early on, Italy got the virus, and gradually all of the other gigs, including Glastonbury, which was going to be the culmination of it, got knocked out. So then it was, ‘Okay, well, what am I going to do?’ And that’s my fallback situation: to write and record.”

McCartney also took his time to answer the rumor if the album would be his last, saying, “Everything I do is always supposed to be my last. When I was 50 – ‘That’s his last tour.’ And it was like, ‘Oh, is it? I don’t think so.’ It’s the rumor mill, but that’s okay. When we did Abbey Road, I was dead, so everything else is a bonus.”