5 Halloween Music Videos From The 1980s 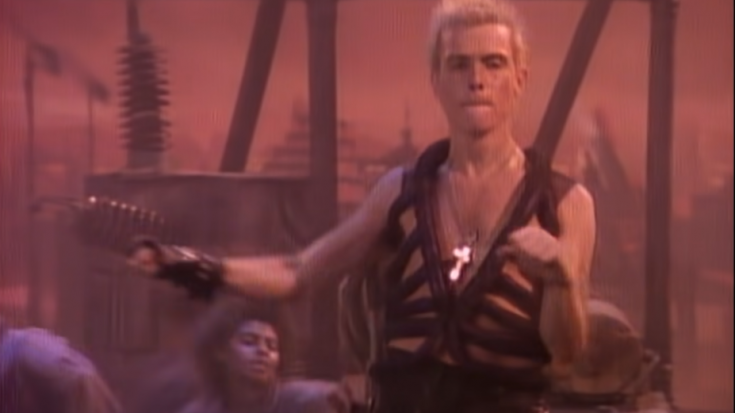 Billy Idol for "Dancing With Myself" - Billy Idol / Youtube

“Cities In Dust” – Siouxsie and The Banshees

Just from the music itself, “Cities In Dust” was enough to give you the heebie-jeebies thanks to the eccentric droning sound that accompanied Siouxsie’s singing. She even sang into a different microphone for every line to give it a disembodied feel. The video is quite dingy and creepy as well, with weird composition and witch doctors being some of the attention grabbers.

Glam icons Dokken tied itself with the popular Elm Street franchise with “Dream Warriors”, even sporting Freddie Kreuger himself in the music video. Guitarist George Lunch wasn’t too fond of it though, saying it was one of the corniest productions he’s ever been in – he can be seen smirking in several cuts.

Nobody ever thought the Steve Miller Band could pull something like this off – but here they are! Matching the lyrics of the song are absurd, satirical even, displays of magic and circus freakery. With both visual and auditory senses combined, however, “Abracadabra” is a treat to witness.

Eddie Money sure knew how to have fun in the set, especially on the making of “I Think I’m In Love”. Here, Money stars as a vampire in what seems to be a Dracula impression, although the Count doesn’t thirst for blood in this one, but love instead.

“Dancing with Myself” – Billy Idol

The rebellious rockstar has once again found himself in a sticky situation, specifically for the music video of “Dancing With Myself”. Idol takes his sweet time singing about being alone while the horde of undead slowly get to him.