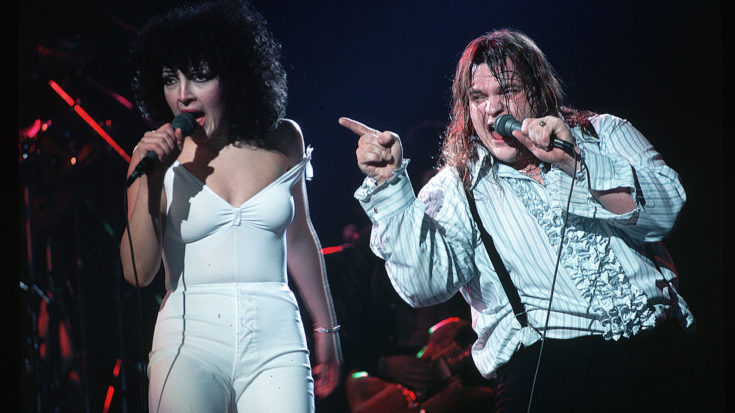 Just under a month after the release of ‘Bat Out Of Hell’ (24 days, to be exact), multi-platinum recording artist Meat Loaf and his band The Neverland Express embarked on a grand international tour that consisted of 68 dates spanning across 6 different countries.

The tour officially kicked off at the Agora Ballroom in Cleveland, Ohio on November 14th, 1977 and concluded officially at the Indochinese Refugee Camp in New York on February 16th, 1979. Throughout the tour, Meat Loaf and his band played in the United States, United Kingdom, Germany, Canada, Australia, and France.

Fun Fact: As revealed during an interview with Piers Morgan on CNN, during the tour, Meat Loaf (who was legally named Marvin Lee Aday) actually had the name ‘Meat Loaf’ on his passport. It was when he went into Germany that he was kept in immigration for 6 hours because of the name on his passport. He then removed ‘Meat Loaf’ from his passport. In 1984 he legally changed his name from Marvin to Michael.

Due to a severe lack of promotion from record company Cleveland International, ‘Bat Out Of Hell’ the album did not see a huge boost in sales. However, during the ‘Bat Out Of Hell’ tour, Meat Loaf and The Neverland Express made an appearance on The Old Grey Whistle Test to perform “Paradise By The Dashboard Light”. Once a clip of this performance was aired, Meat Loaf saw a massive spike in album sales in the UK, and the US would soon follow.

The ‘Bat Out Of Hell’ tour was a huge success, not just from a financial standpoint, but also from a performance standpoint. Anyone who saw these amazing live performances will tell you just how amazing they were from start to finish. Meat Loaf and singer Karla DeVito had chemistry on stage that was truly unmatched. This caliber of showmanship set the standard for rock front-men and front-women that is still known today.

It’s hard to believe that this iconic tour is already 41 years old. Nevertheless, it feels like yesterday that these strings of amazing concerts were taking place, and for that we wish this tour the happiest 41st birthday!